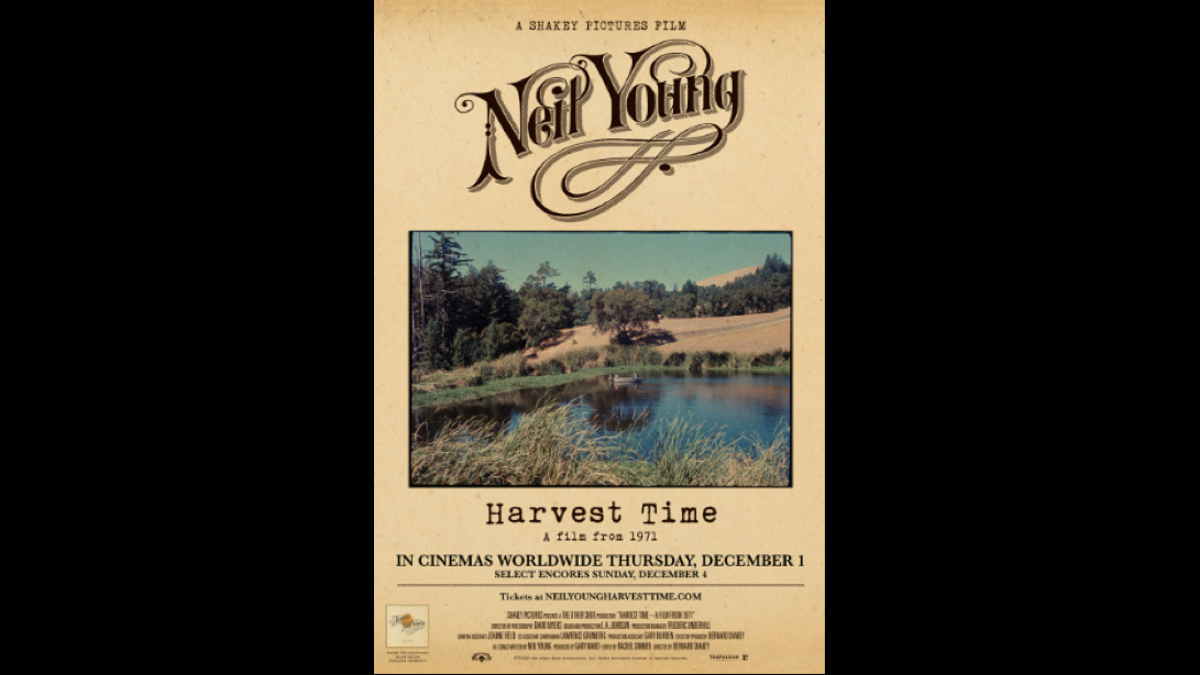 (Warner/Reprise Records) Shakey Pictures, Trafalgar Releasing, and Reprise Records have shared a preview clip from Neil Young: Harvest Time, which will be shown in movie theaters worldwide on Thursday, December 1 with select encores on Sunday, December 4.

Celebrating the 50th anniversary of Young's bestselling album Harvest, the feature is a never been seen before fan piece including footage from Northern California, London, and Nashville, during its creation. The exclusive cinema event begins with a personal introduction from Young about the film and signature album.

Created between January and September 1971, this docu-film takes viewers on an intimate journey to Young's Broken Arrow Ranch in Northern California for the "Harvest Barn" sessions, to London for an iconic performance with the London Symphony Orchestra, and to Nashville where the then 20-something Neil Young worked on various tracks of this signature album. Performance and rehearsal content is intertwined into creative storytelling and includes most of the tracks from album Harvest (released in 1972) including "Heart of Gold," "A Man Needs A Maid," "Alabama," and "Old Man."

Young said, "This is a big album for me. 50 years ago. I was 24, maybe 23 and this album made a big difference in my life. I played with some great friends, and it's really cool that that this album has lasted so long. I had a great time and now when I listen to it, I think I was really just lucky to be there. I hope you enjoy this story, which is Harvest Time, and which talks about everything that happened. And now people all around the world can see it at the movies."

The premiere in cinemas of the Harvest Time film is in celebration of the release on Dec 2nd of the 50th Anniversary Edition Box Sets on Vinyl and CD of the beloved Harvest album; boasting the original album, three studio outtakes on CD/7" vinyl, an unreleased live 1971 BBC solo performance on CD, LP and DVD. Also included in the box sets is a hardbound book and fold-out poster. The vinyl box sets include a lithograph print.