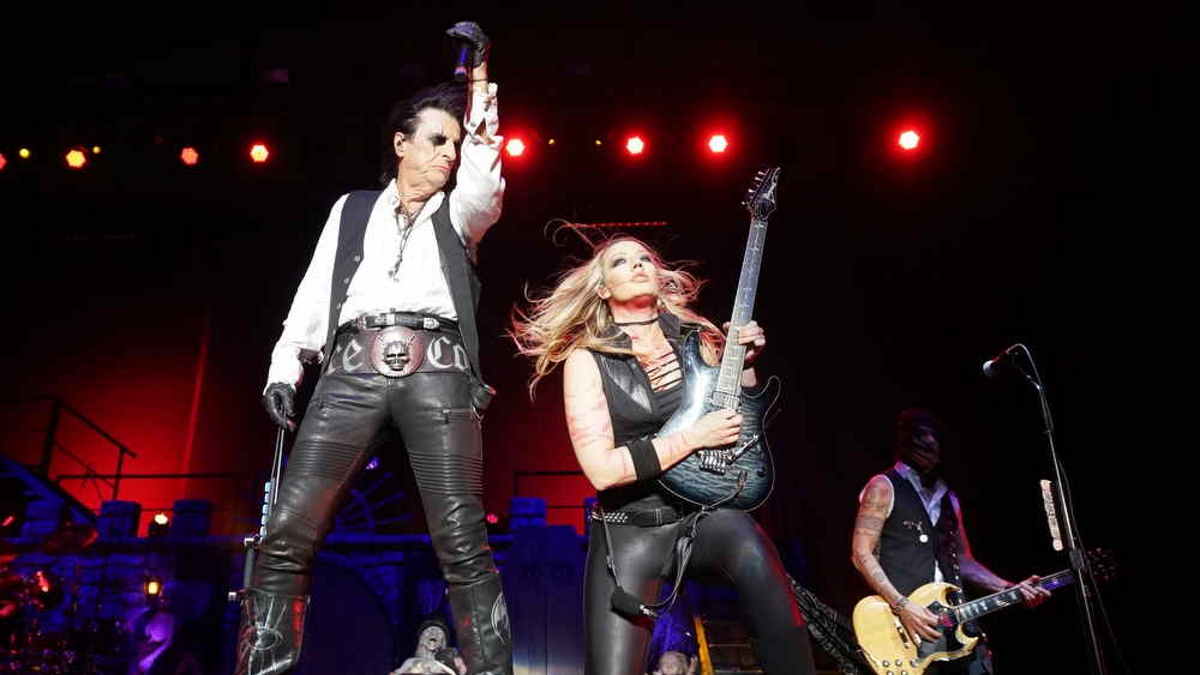 Acclaimed guitarist Nita Strauss has announced that she won't be joining Alice Cooper for his upcoming fall tour and has also canceled the festival dates this year with her solo band.

She shared that she is embarking on a new adventure and will return to the stage "sooner than you think". Here is her full message, "After this absolutely incredible run in Europe, it is bittersweet for me to let you guys know that I will not be joining the Alice Cooper band for the upcoming fall tour. I will also regretfully have to cancel the festival dates my solo band had planned for the rest of the year. [broken heart emoji]

"I AM NOT PREGNANT!!! There is no drama whatsoever and my touring year is still VERY full - in fact, I'm on a flight straight into the next adventure as I post this, and I'll be on stage again much sooner than you think! But that's news for another day.

"The past eight years together has been the experience of a lifetime, and I could not be more grateful to Alice and Sheryl Cooper, Shep Gordon, the amazing band, crew and fans for welcoming me to all of your nightmare.

"I don't know what the future will hold after this, but I am forever thankful."