Singled Out: Jordan Michelle's It's My Birthday (RIP To Me) 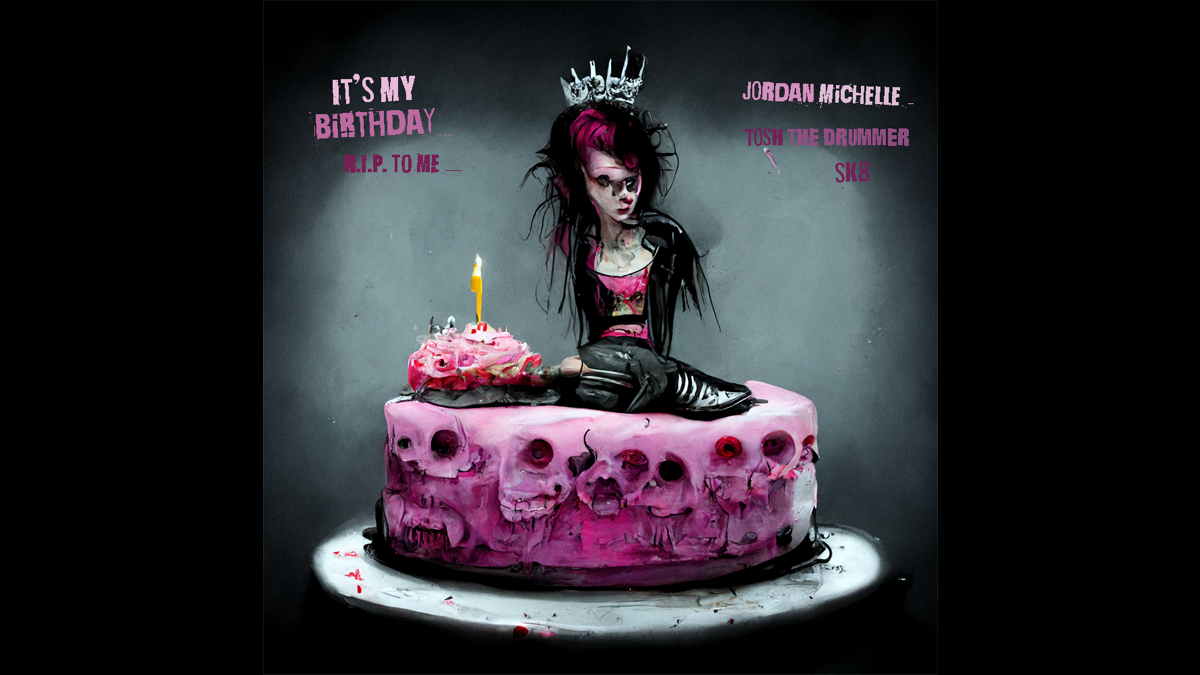 Jordan Michelle just released a video for her pop-punk anthem "It's My Birthday (RIP To Me)" that features SK8 and Tosh The Drummer, and to celebrate we asked her to tell us about the track. Here is the story:

I always thought there was a space for a birthday song. I had the idea fully when I came up with the idea for my 30th birthday party. I was like, okay, I'm gonna have a funeral for my twenties. But the idea for the party was never a morbid funeral, it was just like, "we're all emo kids, my twenties are over, let's wear black and rage." So, the idea for the funeral was born. I liked the concept as an idea of outgrowing your old self, age being a privilege and just getting happier and more comfortable with yourself as you get older.

I had a writing session planned with Michael Bono while we was in LA and he was like "anything you have on your mind?" And I was said, "Well, I have this one idea," and it was basically like a birthday song but also a eulogy, but with a positive twist.

We worked on the song and we thought it would be really cool to have a feature on it, since it felt a little girly, and I wanted this to be a song anyone could rage to. I connected with SK8 and we had a session and had him recut some parts and we rewrote some parts as well. We really embodied the message, I think we finished two bottles of tequila in the session.

The director, Rick Wayne, had suggested that we shoot the video at my birthday "funeral," which made sense, since everyone would already be there, at a venue, dressed up. So we ended up shooting the video at the party.

Hearing is believing. Now that you know the story behind the song, listen and watch for yourself below and learn more about Jordan here

Singled Out: Jordan Michelle's It's My Birthday (RIP To Me)