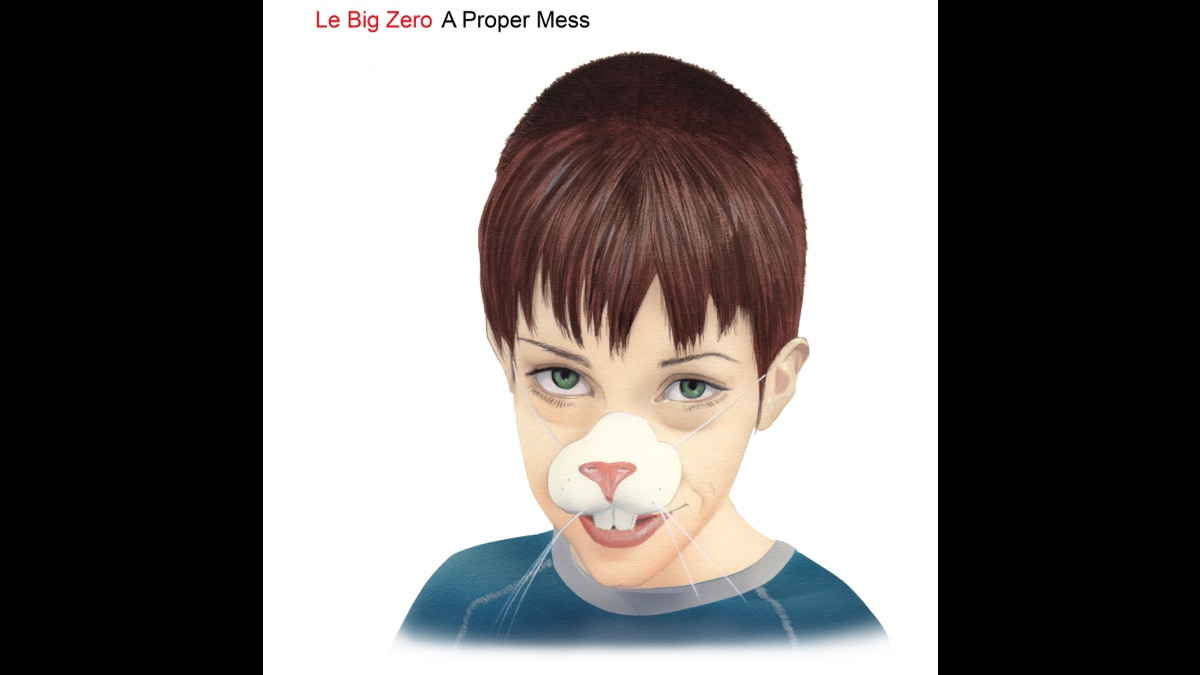 Brooklyn-based Le Big Zero just released their new single "Coda", from their forthcoming album "A Proper Mess" (out April 8th) and to celebrate we asked them to tell us about the new song. Here is the story:

Coda was pieced together from a discarded track by Michael's previous band X-Ray Press. It was a song written earlier in their existence, but never found a home on an album or even in a live set. Yet it always had such potential. Work was needed to deconstruct the song from its aggressive and super-weird math rock origins.

Through the Le Big Zero lens, we changed the meter from 7/8 to 4/4 at the start of the song so the vocal harmonies could take a more commanding presence. Carolina and Michael really lock in for this one. The pop-punkier middle section was written specifically for Le Big Zero to ground Coda in the type of rock we do-driving and angular.

As a band, it's a fun exercise in ratcheting up the tension before one final release. Lots of fits and starts, from sparse bass and drum to pure bombast. We tend to deal in small, linear ideas, so to perform something that builds more dramatically is a welcome change of pace. Not to mention a fitting way to end the new album.

Lyrically, the song is about the band breaking-up a la famous blow-ups like Fleetwood Mac, the Clash, or Oasis. What if we were successful but couldn't stand each other? Signing autographs at a mall while begrudging each other seems like a torturous fate. Many of our songs point to deep emotions, but dance around them in sardonic ways.

The feelings in your gut are real, but your brain can't help but laugh at them. Modern neuroses. Tense disagreement. Ad infinitum.