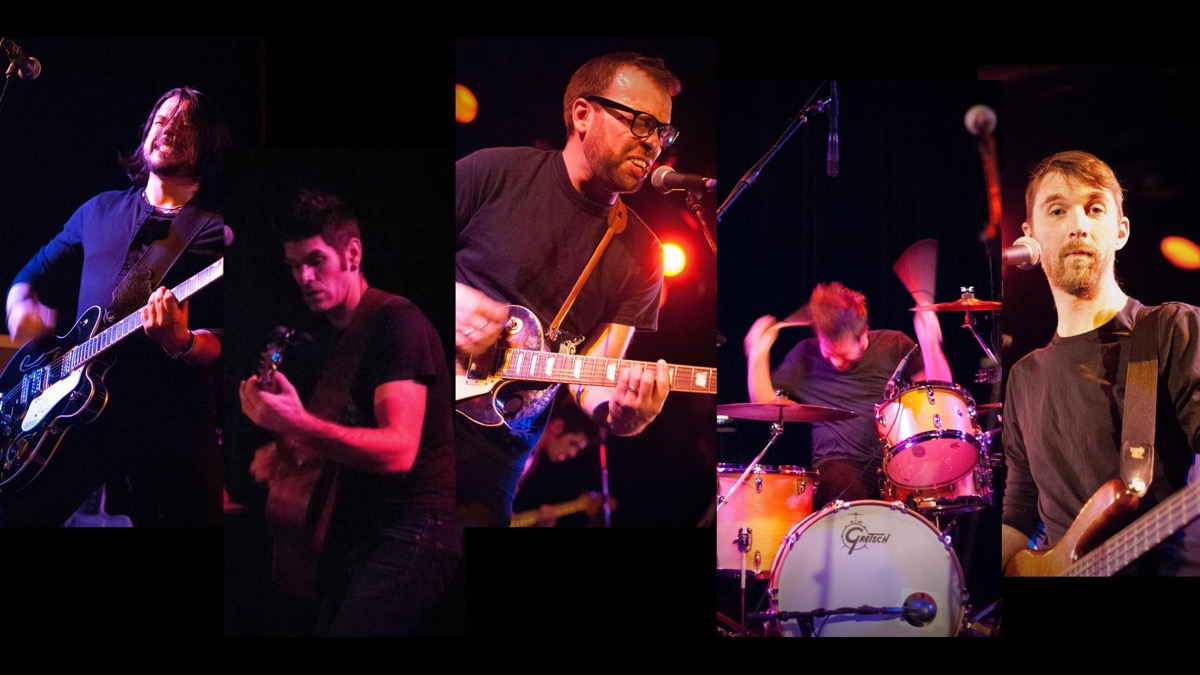 Chicago's Nice Motor are releasing their new album, "Super Street Sessions" this week and to celebrate we asked Brian Webb to tell us about the song "Dino DNA". Here is the story:

For me, all songs start with the melody, a few chords and a hook. And this is how "Dino DNA" started. I believe I had the chorus first, melodically speaking, but the initial lyrics were simply placeholders, as is typical for me. I tend to sit on melodies until I find something to talk about.

The nonsense, melody-only version of this song was captured on a portable recorder so I wouldn't forget it. I'll do this often, then come back to listen after some time and see if I still like it. It had a much more moderate tempo and feel, on an acoustic guitar, in its original form. I believe I brought it to rehearsal with the guys one night, and it kinda grew legs from there. That's generally how things work with us. My band mates tend to have a knack for putting some real oomph behind what would otherwise be a somewhat gentle melody.

A sort of a partial misnomer: "the last of the dinosaurs," is what inspired "Dino DNA," at least in terms of the title. Lyrically, though, the song was born out of my disillusionment with organized religion; I guess more accurately, the weaponization of religion. How it connects to the misnomer is a bit tongue in cheek, I suppose. It's me contrasting the very serious consequences of this weaponization, with the laughable position that man and dinosaurs walked the earth together some 6000 years ago; a position strongly held onto for the sole purpose of perpetuating this weaponization. All in all, it's me asking "why?" Why would we live this life divided by fear, in hopes of a fearless afterlife?

Hearing is believing. Now that you know the story behind the song, listen and watch for yourself here and learn more about the album here