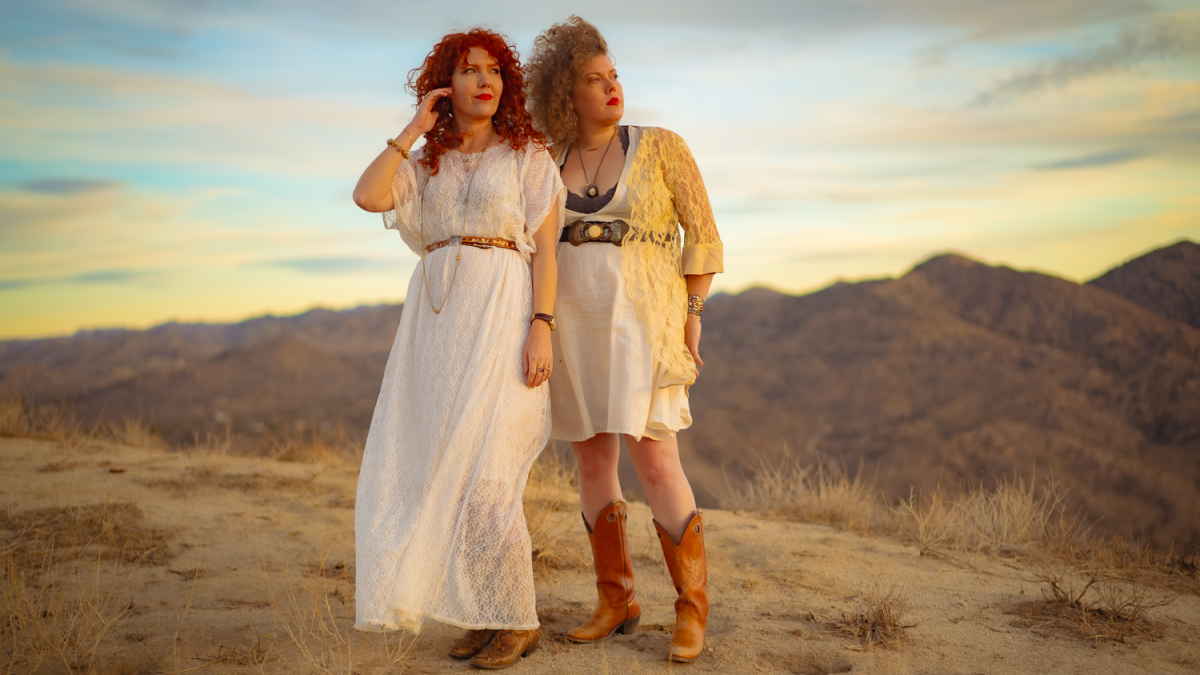 The Whitmore Sisters just released their brand new album, "Ghost Stories", and to celebrate we asked Eleanor and Bonnie Whitmore to tell us about the song "Friends We Leave Behind". Here is the story:

This was the first song we wrote together for this record. We wrote it the week leading up to Eleanor's birthday, but we weren't up for celebrating because of the passing of our friend George Reiff. For those who don't know him, he was an integral part of the Austin music community. He toured and recorded with many well-known folks including Patty Griffin and The Chicks. He'd played bass on the first three Mastersons albums and Bonnie's first two. He was everyone's favorite bass player and Bonnie's guru. He was beloved in Austin and the loss was like a ripple effect through the community. The loss was evident from the number of people that turned out to celebrate his life.

This song represents in a lot of ways the meaning behind this record. I think a lot of people think of ghost stories only as scary tales you share around a campfire, but for us, we think of them more as memories we carry on of loved ones after they depart. Death is final, but it is comforting that life is not, and that we can keep the memories and stories going after one has left this mortal coil.

The song itself doesn't have the usual signature of earworm or repeating pop chorus as some of our other songs on this record, but it was what we needed to write for the moment that we found ourselves in. We sing it together from start to finish, reflecting on meaning of what a life is. It was cathartic to write and hopefully is also for the listener too.

In the past few years, we've all experienced loss and this pandemic has shown us what it's like to survive without those we love. It has been a heavy time for all of us collectively, but it's given us the perspective that we all have a limited time on this planet. We're grateful for the friendships we've had along the way.