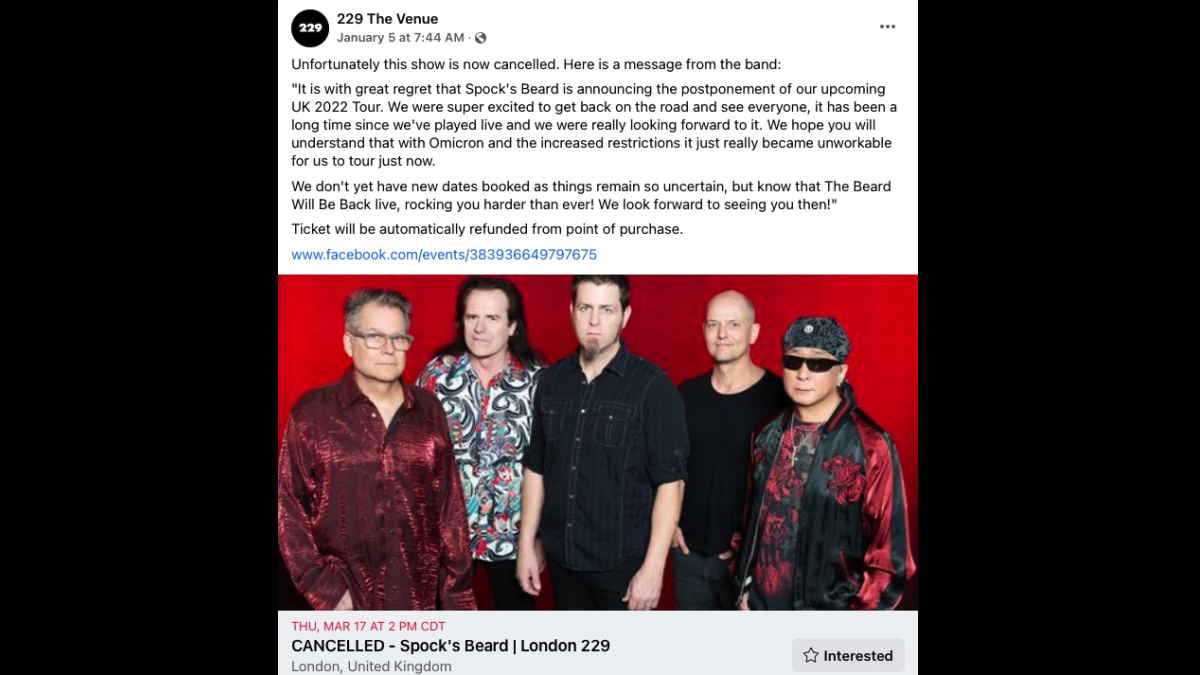 Spock's Beard UK are going to have to wait longer to see the band, as they have apparently postponed their first tour there since 2018 due to pandemic restrictions.

The venue London 229 shared the following message from the band, "It is with great regret that Spock's Beard is announcing the postponement of our upcoming UK 2022 Tour.

"We were super-excited to get back on the road and see everyone, it has been a long time since we've played live and we were really looking forward to it. We hope you will understand that with Omicron and the increased restrictions it just really became unworkable for us to tour just now.

"We don't yet have new dates booked as things remain so uncertain, but know that The Beard Will Be Back live, rocking you harder than ever! We look forward to seeing you then!"

The venue also noted "Ticket will be automatically refunded from point of purchase." At press time, the band had not yet shared this message via their official website or social media.