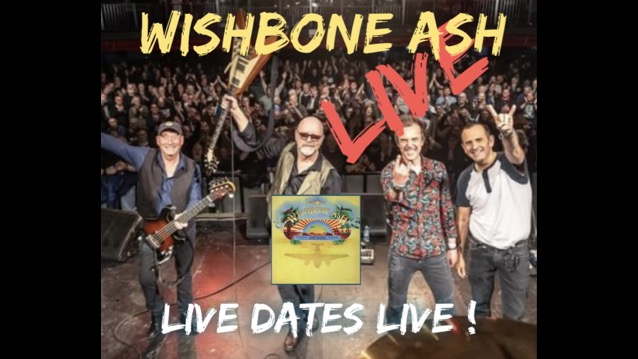 In the U.S., February and March will see the band traveling through the Northeast and Midwest, with an autumn tour through the South and West. As the first live album released by the band, “Live Dates” features selections from Wishbone Ash’s first four albums performed in concert during the summer of 1973. Reviewers have consistently listed it among the finest live rock albums of all time.

To celebrate the 50th Anniversary, “Live Dates” was re-recorded in its entirety at Daryl Hall’s venue, Daryl’s House Club, in Pawling, New York on July 22, 2022.

As true warriors of the road, the band regularly covers around 30,000 miles a year, which is roughly equivalent to circumnavigating the world. The Ash is an undeniable force on today’s touring scene, performing on five continents and continuing to be discovered by new generations of music fans.

Over the years the band has embraced diverse musical genres, from folk, blues and jazz to pedal-to-the-metal rock and electronica. Regardless of the style, Wishbone Ash’s groundbreaking interplay of two lead guitars influenced bands such as Thin Lizzy, Lynyrd Skynyrd, Iron Maiden, Umphree McGee and Opeth, among many others.