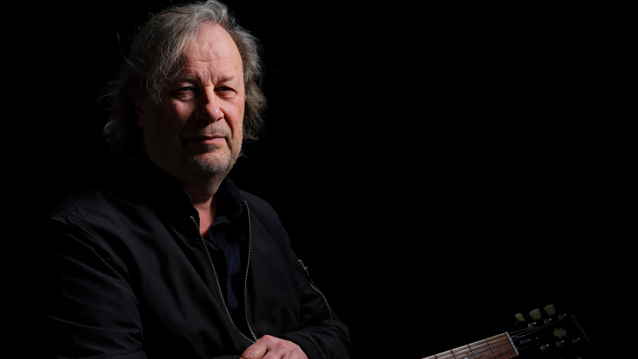 Harry Kappen recently released his new single "Wargames", and to celebrate he tells us about the track. Here is the story:

I'm a Dutch guitarist, producer/musician and music therapist. Last spring I released an album named 'Escape'. It's a concept album with songs about escaping threats, danger and escaping into art, love, dreams and fantasy. 'Barefoot in the dew' was the only single of this album so far and got a lot of attention in England and Wales.

Then the situation in Europe changed drastically, because of the Russian attack on Ukraine. A war which caused and still causes a lot of suffering, casualties and refugees all over Europe. Putin even threatened Europe with a nuclear attack, but later backed down. Instead of this he now is bombing Ukraine with Iranian drones and leaves Ukraine without heating and light in a very cold winter.

During the summer I realized there were no protest songs in the Dutch charts. In general you might say that nowadays musicians don't speak up against abuses and threats, while there is reason enough to protest you might think.

Well, maybe some independent musicians might do it, but in the mainstream charts there are none. And this bothered me. How different it was in the 60s and 70s. (Vietnam war). There was Bob Dylan, Joan Baez, Jefferson airplane, Billy Joel, John Lennon (give peace a chance) and many more.

So, I had to write this new song 'Wargames' and released it some weeks ago. You can call my music eclectic; I wrote ballads, popmusic, classical music, hardrock and funk. Someone called it 'Bowie-meets-melodic rock'. I like to write rocksongs with heavy guitars and a good melody and I think 'Wargames' developed into one, but still has this poppy feeling.

During the solo you might discover a musical reference to Jimi Hendrix, who played the U.S. anthem in Woodstock and reflected on the Vietnam war. I really liked that idea.

War is never far away. And I believe musicians, like other artists, have their role in inspiring people, in warning people, in reflecting on what is happening in the world.