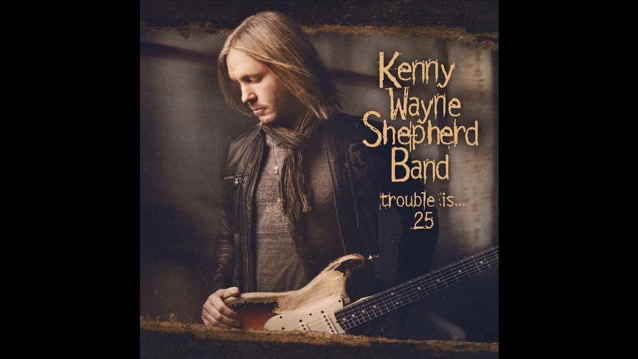 The special release hit stores on December 2nd and found Shepard celebrating his 1997 album, "The Trouble Is", by reimagining the tracks from the original album.

Along with the album tracks, the collection included "Ballad Of A Thin Man", which was cut from the original release. The reimaged album will be joined by a live DVD that was filmed at The Strand Theatre in Shepherd's hometown of Shreveport, LA at the launch of his Trouble Is 25th anniversary tour.

He had this to say about the Dylan cover, "I wanted to do Bob Dylan's 'Everything Is Broken' because I had just been on tour with him and he was so good to me and such an inspiration.

"Our producer, Jerry Harrison, had suggested another Dylan song, 'Ballad Of A Thin Man.' But I was concerned that might be too much of a step outside the box for the fanbase, and 'Everything Is Broken' was closer to an actual blues song.

"But what's really cool is that for this new recording of 'Trouble Is...,' we went in and very faithfully re-recreated that version of 'Ballad Of A Thin Man' from 1997, and included it on this boxset."

Shepherd said of the project, "One of the coolest things about re-recording 'Trouble Is...' has been finding out - or verifying - how timeless this album really is.

"I'm so proud of what we accomplished, and also the fact I was just 18 years old when I did it. I mean, I had an experience with this album that most musicians can only dream about. 'Trouble Is...' sold millions of copies. There's validation in all of that for me." Check it out "Ballad Of A Thin Man" below: