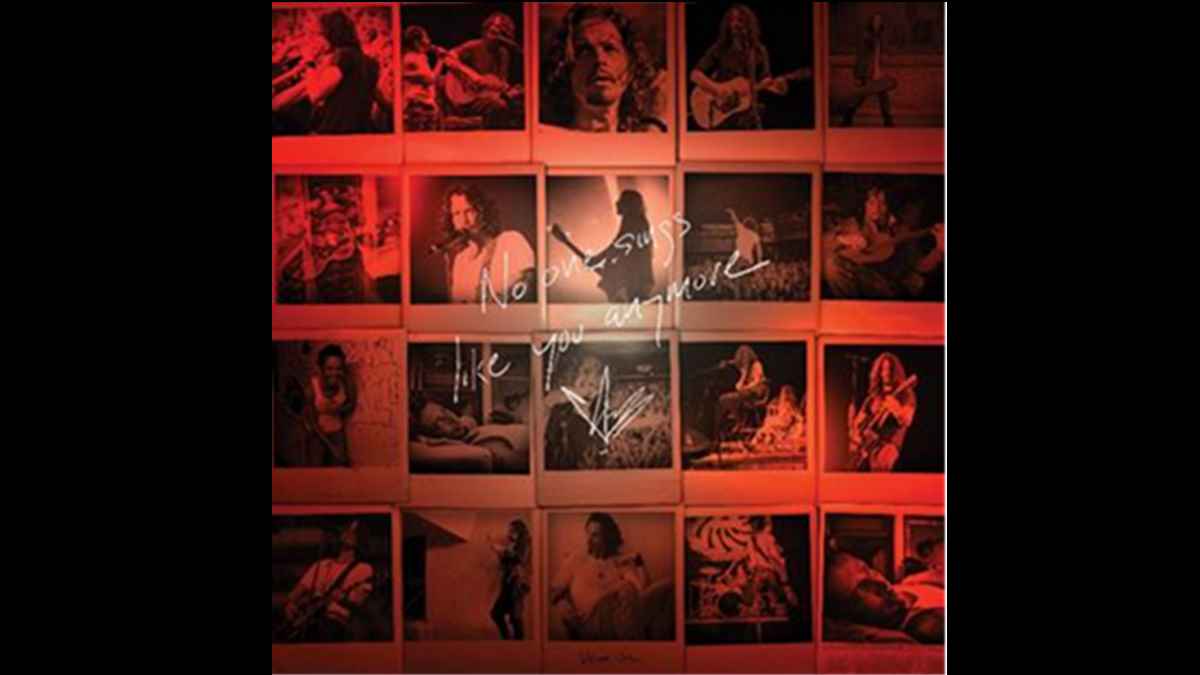 What is billed as the final studio album from late Soundgarden frontman Chris Cornell has received a surprise digital release today. Entitled "No One Sings Like You Anymore," the album will be released in physical formats on March 19th, 2021.

Cornell and producer/mixer Brendan O'Brien played all of the instruments on the album in 2016 and it features Chris taking on classic songs from artists ranging from Guns N' Roses to Prince to John Lennon.

Chris' widow Vicky had this to say, "This album is so special because it is a complete work of art that Chris created from start to finish. His choice of covers provides a personal look into his favorite artists and the songs that touched him. He couldn't wait to release it.

"This moment is bittersweet because he should be here doing it himself, but it is with both heartache and joy that we share this special album. All of us could use his voice to help heal and lift us this year, especially during the holiday season. I am so proud of him and this stunning record, which to me illustrates why he will always be beloved, honored, and one the greatest voices of our time".

Toni Cornell had this to say, "When my dad was making this album, it was so fun - I remember waking up in the morning, having breakfast with him and going with him into the studio. We would take our piano lessons there, and Christopher would play video games with Brendan and my dad. We got to experience so much with him and have so many amazing memories. I'm really happy to be sharing this album. We love you, daddy," shared Toni Cornell.

Christopher Cornell added, "We had so much fun in the studio during this time, and on days off we'd go to Tree People and hike around there. We would also play hide and go seek inside the Beverly Hills Hotel and when security would show up they would think it was so funny that my dad was running through fire escapes with us. For me this album represents who my dad was. I'm really proud of him and his work. I hope you all love this record as much as I do."

No One Sings Live You Anymore Tracklist