There Is A Wealth Of Unreleased Van Halen Material 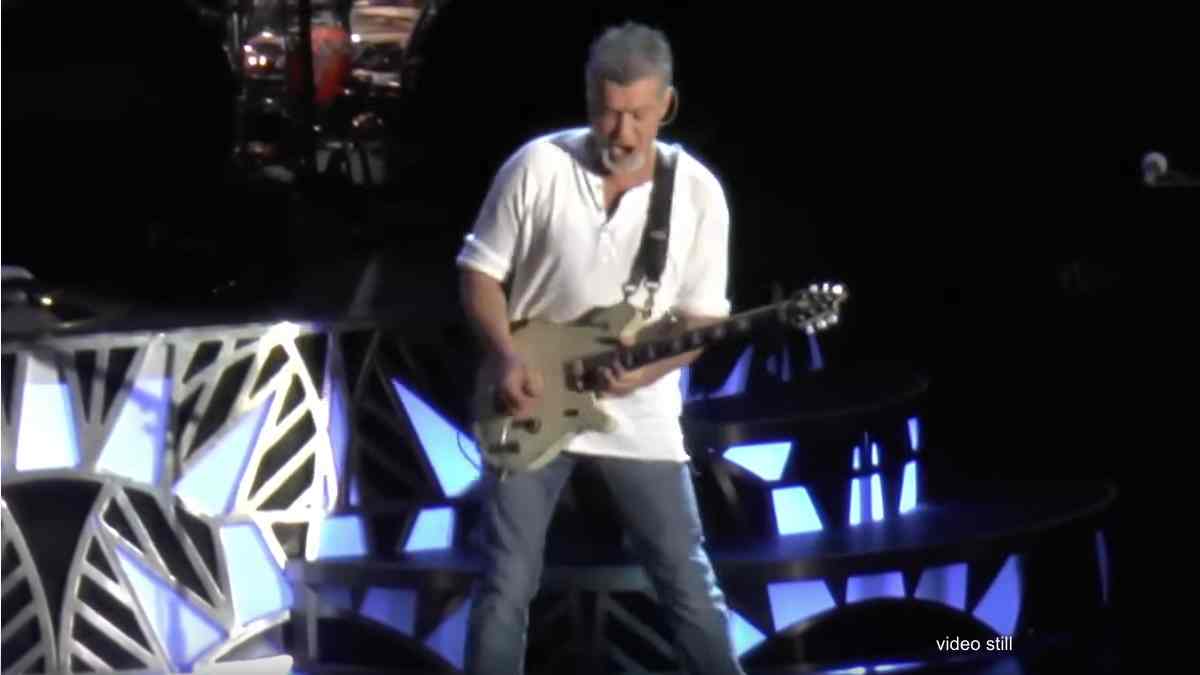 (hennemusic) An audio engineer has confirmed unreleased music recorded by Van Halen exists in the Warner Brothers vaults. In a new video podcast by Sunset Sound Recorders in Los Angeles - where the band worked on their first five albums - independent contractor Brian Kehew tells the team that he was hired by the label in 2004-2005 to review the archives and found four discs worth of "usable, releasable material."

Among the earliest music Kehew discovered was original, first-generation recordings of the group's 26-song demo for the company, produced by Ted Templeman and recorded at Warner Brothers Studios in Burbank, CA in October 1977 - four months before the release of Van Halen's self-titled debut album.

Among other things, Kehew also found an alternate take of 1978's "Little Dreamer" in the vaults, as well as an unreleased version of a 1984 classic. "'Hot For Teacher,' there's different lyrics all the way through it," says Kehew. "David Lee Roth's original vocal had different words. That is a strange one, because Eddie plays bass on that one, and on the intro, which is that great guitar part - he actually doubled it on the bass. But probably, they couldn't quite play it live, so they didn't keep it on the record. But they did keep [most of] Ed's bass track" on the version that appeared on the band's sixth release, "1984."

"If you've heard 'Shyboy' ...they did the exact kind of idea," the engineer adds, referencing a 1982 Talas song written by Billy Sheehan that later appeared on Roth's 1986 "Eat 'Em And Smile" album with the bassist in the lineup. "They took that idea, to do the bass and the guitar doubling and tapping each other in octaves, which is exactly what Eddie tried to do."

Kehew found enough completed material to compile an overview for the label and the band to review further. "Four CDs were put together," he explains. "I know [Warner Brother] made a set that went out to the various people - I know that they handed some to Alex Van Halen; I don't know that Eddie got some, [but] years later one of Ed's friends called me and said, 'Do you still have those tapes?'" ... suggesting it's possible the guitarist didn't have a copy in his own personal archives at the time. Listen to the podcast here.