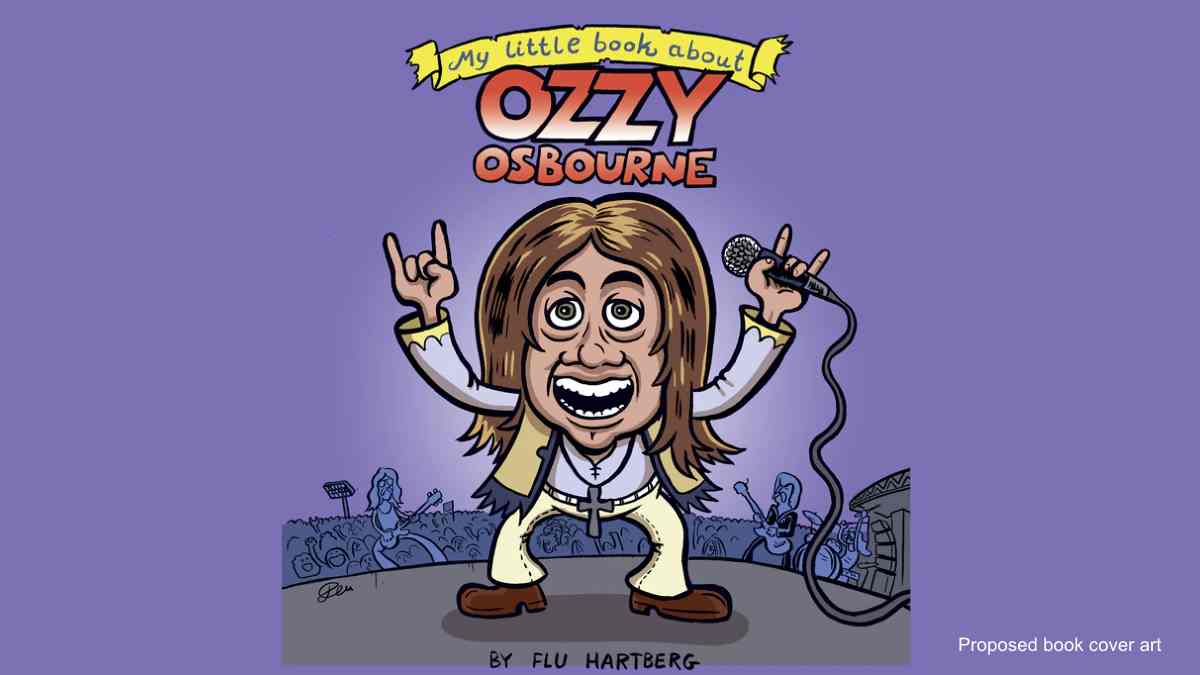 A children's book, to be entitled "My little book about Ozzy Osbourne" is the focus of a just launched crowdfunding campaign from illustrator, cartoonist and children's book author Flu Hartberg.

We were sent the following details: The idea for a children's book about Ozzy came after Flus' own children became curious about their dad's record collection. Particularly appealing was the big, eccentric rock stars, who in both style and personality speak to children's imagination.

The story of Ozzy is off course a tail of success and failure, groundbreaking music, and life-saving love. In portraying drug problems and pigeon head eating for kids, Flu will most likely have to walk a fine line.

On kickstarter, anyone can support the projects they believe in, and pre-order a copy of the book before it goes to print. There are also several fun ways to support the project, among other things you can pay to have your face drawn as one of the rock crowd fans in the book.

Crowdfunding works like this: If the campaign receives enough support during its 30-day duration, the book will become a reality, and everyone who has ordered will receive their copy. If the goal is not reached and the project is shelved, people will not be charged with the amount they have supported the project with.