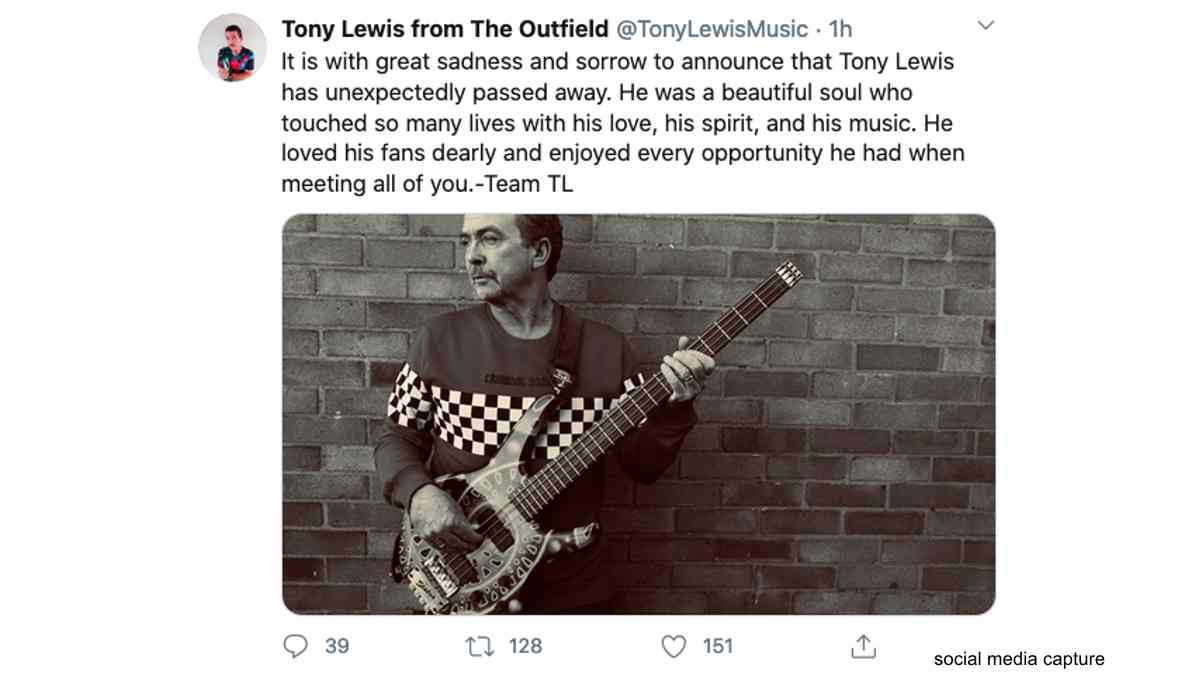 The Outfield frontman and bassist Tony Lewis, died "unexpectedly" at his home near London on Tuesday (Oct. 20) at the age of 62, according to his social media team.

The sad news was broken via his official Twitter account. His team tweeted, "It is with great sadness and sorrow to announce that Tony Lewis has unexpectedly passed away.

"He was a beautiful soul who touched so many lives with his love, his spirit, and his music. He loved his fans dearly and enjoyed every opportunity he had when meeting all of you.-Team TL"

The band enjoyed major success with their debut album, "Play Deep", which was released in 1985 and spawned several hit singles including "Say It Isn't So," "Your Love" "All the Love" and "Everytime You Cry."

The album would go on to sell over three million copies in the U.S. to be certified triple platinum and was followed by eight more studio albums, concluding with 2011's "Replay". Watch the video for the band's biggest hit single below:

Singled Out: Tony Lewis (The Outfield)