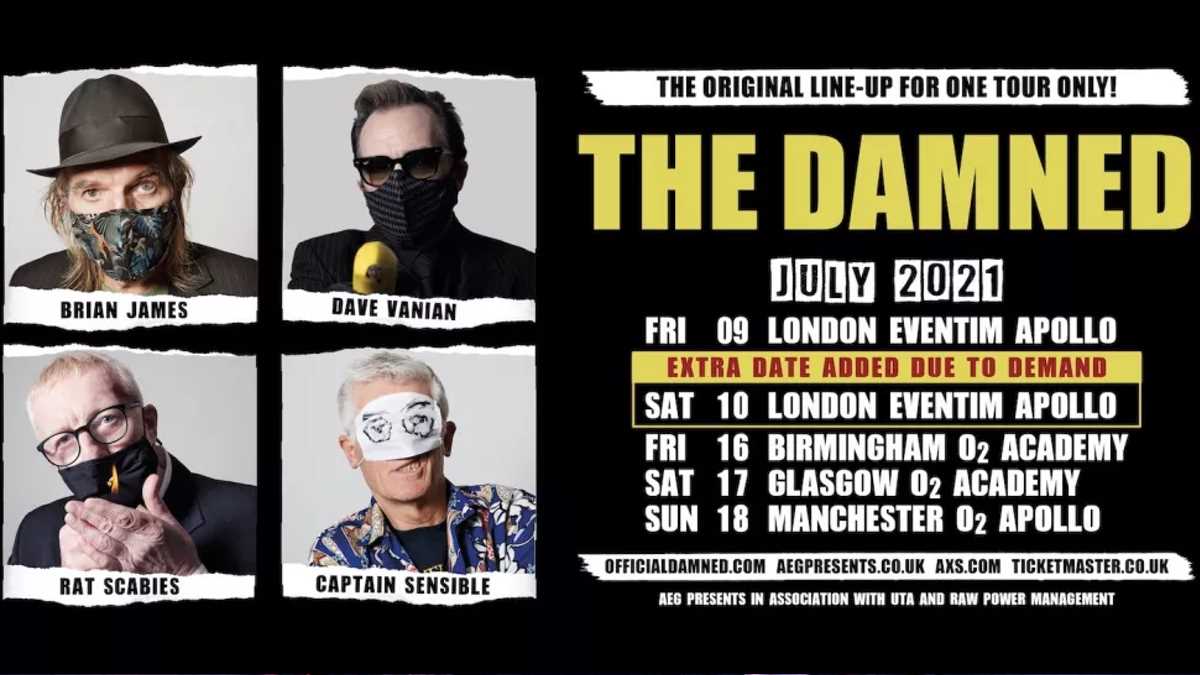 The original lineup of the legendary punk group The Damned have announced that they have added an additional date to their upcoming 2021 reunion tour.

They have now added a second night at the Eventim Apollo in London on July 10th, following the tour kick off at the same venue the previous night. Tickets are set to go on sale Wednesday (Oct 28th) at 10am local time. See all of the dates below:

The Damned "one tour only" original lineup dates

The Damned Music and Merch