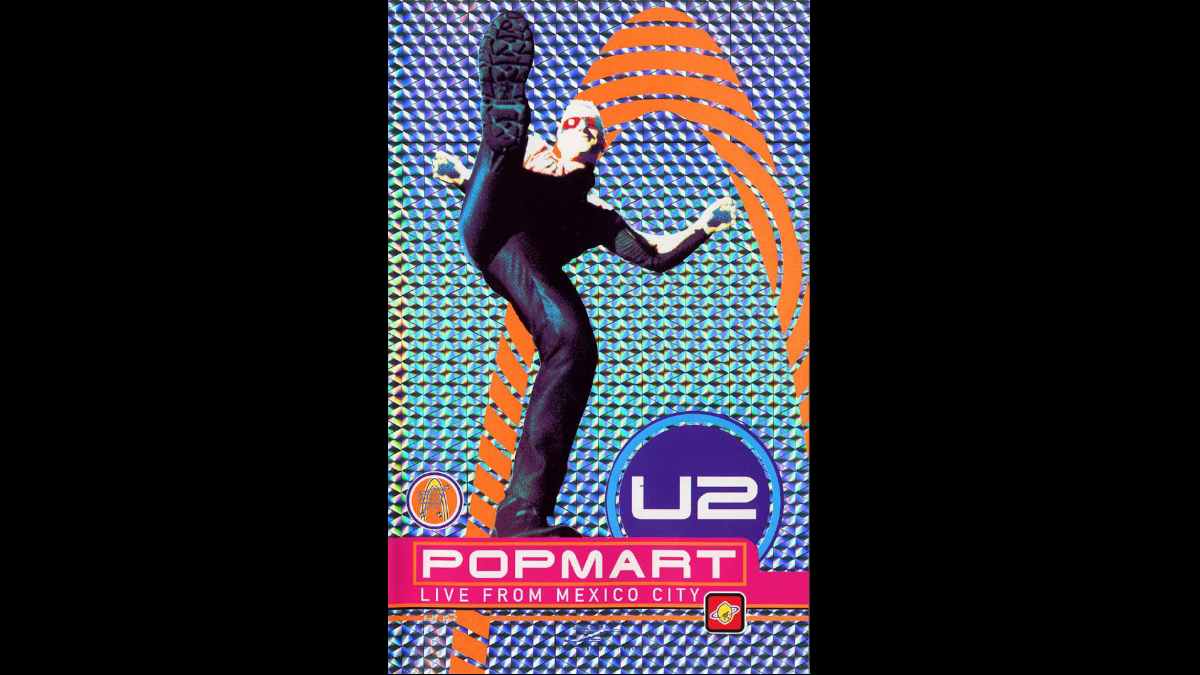 (hennemusic) U2 are streaming a concert from their 1997 Popmart tour in the third installment of their new limited-edition concert video streaming series, "The Virtual Road."

"Popmart Live From Mexico City" captures the band on tour in support of their ninth studio album, "Pop", which was previewed with the techno-heavy lead single, "Discothèque", before it debuted at No. 1 in 27 countries, including the US and UK.

The second of U2's two sold-out December shows at Foro Sol Stadium was filmed and originally released the following year.

The year-long Popmart tour saw U2 play 93 dates before almost 4 million fans, while earning a gross of US$173.6 million.

U2 launched "The Virtual Road" on St. Patrick's Day with their 2001 homecoming performance "U2 Go Home: Live from Slane Castle, Ireland", and followed that up with 1983's "Live At Red Rocks"; the 4-part series will wrap up on April 10 with "iNNOCENCE + eXPERIENCE: Live in Paris." here.