Nervosa Offshoot Crypta Comes 'From The Ashes' And Announce Album 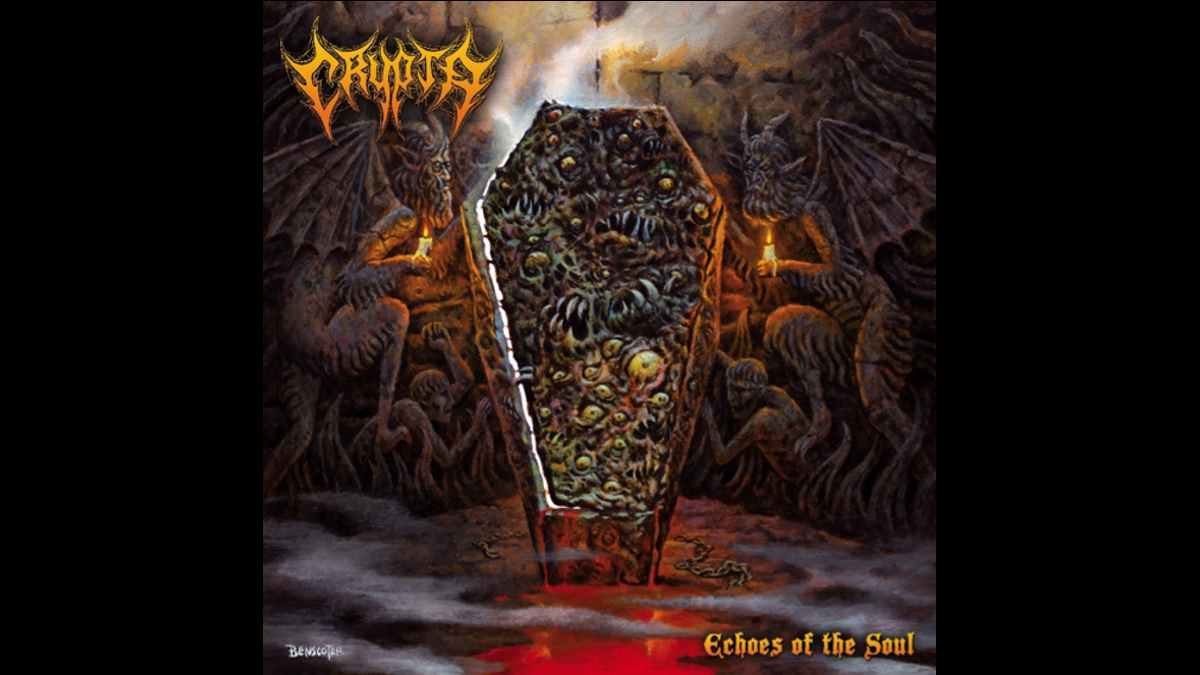 Crypta have released a brand new song called "From The Ashes". The track is the first single from their forthcoming debut album, "Echoes Of The Soul," which is set to be released on June 11th.

The band was born from the ashes of Fernanda Lira and Luana Dametto's departure from Nervosa. They teamed up with Sonia Anubis (Cobra Spell, Ex-Burning Witches) and Taina Bergamaschi (Ex-Hagbard) to form the new group.

Lira had this to say about the first single, "The song is basically about the well-known tale of the phoenix, but in a more philosophical sense. It talks about the ever-changing cycles of life, about the many endings and beginnings we have to go through, about how many old versions of ourselves need to figuratively die in order for us to keep growing and evolving as human beings, and finally, about building resilience to endure all these rebirths." Watch the video below:

Nervosa Offshoot Crypta Comes 'From The Ashes' And Announce Album