U2 Share Final Video Of The Virtual Road Series 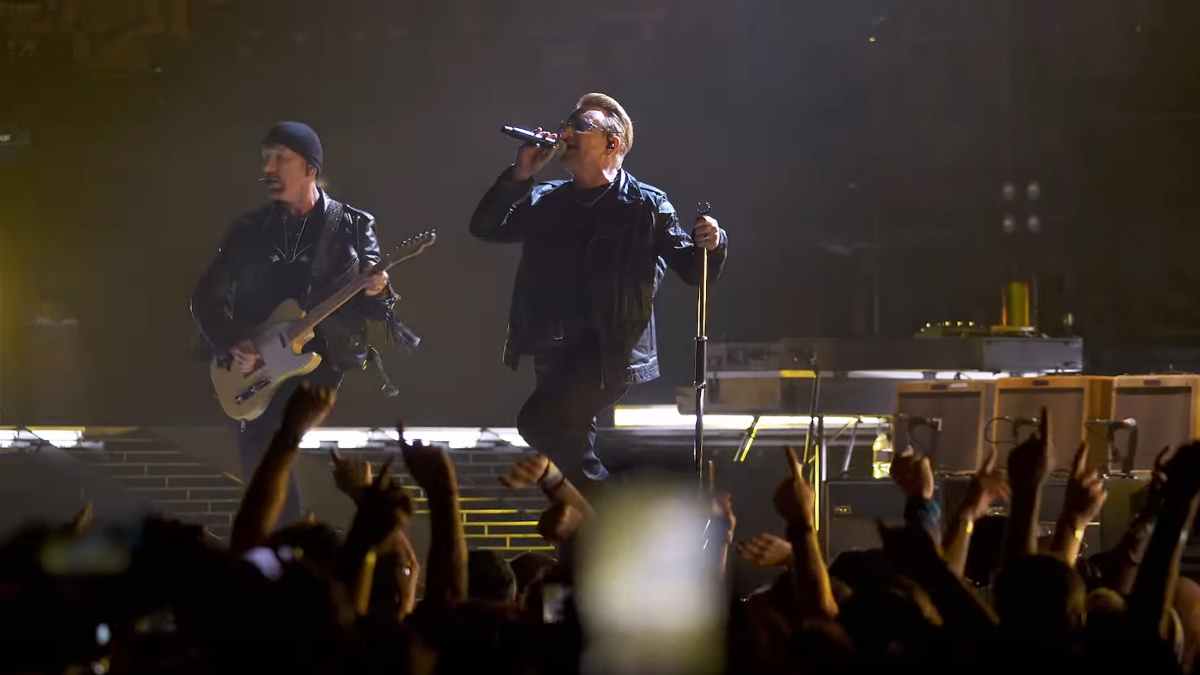 (hennemusic) U2 are streaming a 2015 concert in Paris, France in the fourth and final installment of their limited-edition series, "The Virtual Road." The Irish rockers played two shows at the AccorHotels Arena before postponing an additional two nights at the venue following a November 13 terrorist attack in the city that included an assault on an Eagles Of Death Metal show at the Bataclan.

A month later - in December 2015 - U2 returned to Paris for a highly-emotional pair of gigs, with the December 7 finale filmed for home video release and featuring a guest appearance by the Eagles Of Death Metal.

"iNNOCENCE + eXPERIENCE: Live in Paris" marked the final performance on the tour of the same name. "We had played two shows when the attacks happened, and were due to play another two," recalls Bono. "We didn't want to leave, but followed through on a promise to return three weeks later... to do our best to raise people's spirit in the city. But in truth, the spirit in the city of lights was sky high and lifted us up on one of the greatest nights ever...Even for a moment, to share the state with the Eagles Of Death Metal after what they'd been through was almost too much..."

"Walking out on stage that night to see all those faces, those fans who came back to support us," adds The Edge. "It was an incredible feeling. We played those songs with everything we had...And the audience gave us everything they had...Paris, on t'aime."

U2 launched "The Virtual Road" on St. Patrick's Day with their 2001 homecoming performance "U2 Go Home: Live from Slane Castle, Ireland", and followed that up with 1983's "Live At Red Rocks" and "Popmart Live From Mexico City." Watch the Paris show here.