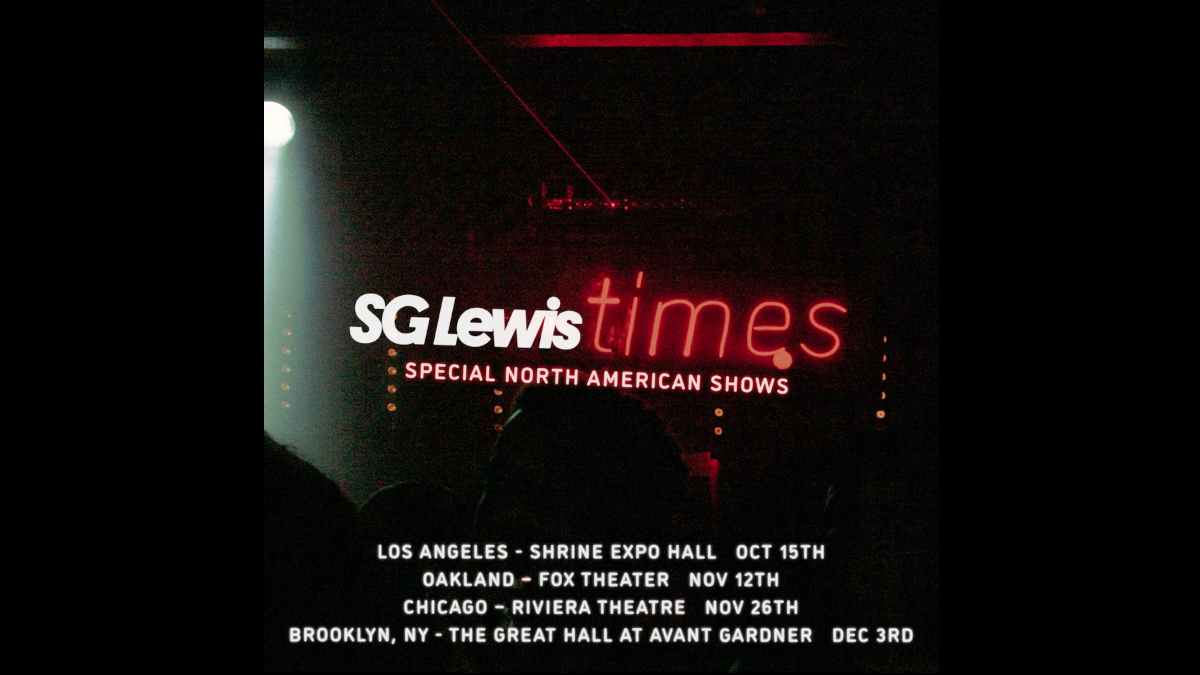 British singer-songwriter-producer SG Lewis has announced that he will be playing some select U.S. live dates later this year in support of his album, "times".

He will kick off the special run of shows in Los Angeles on October 15th, followed by stops in Oakland and Chicago, before wrapping things up in Brooklyn on December 3rd.

He had this to say,, "It feels super surreal to be announcing any form of shows, let alone headline shows for this year. The pandemic has separated me from a country that had become a home away from home to me, and I'm so excited to be reunited and play all this new music for you guys. The shows are gonna be insane. Let's party." See the dates below: