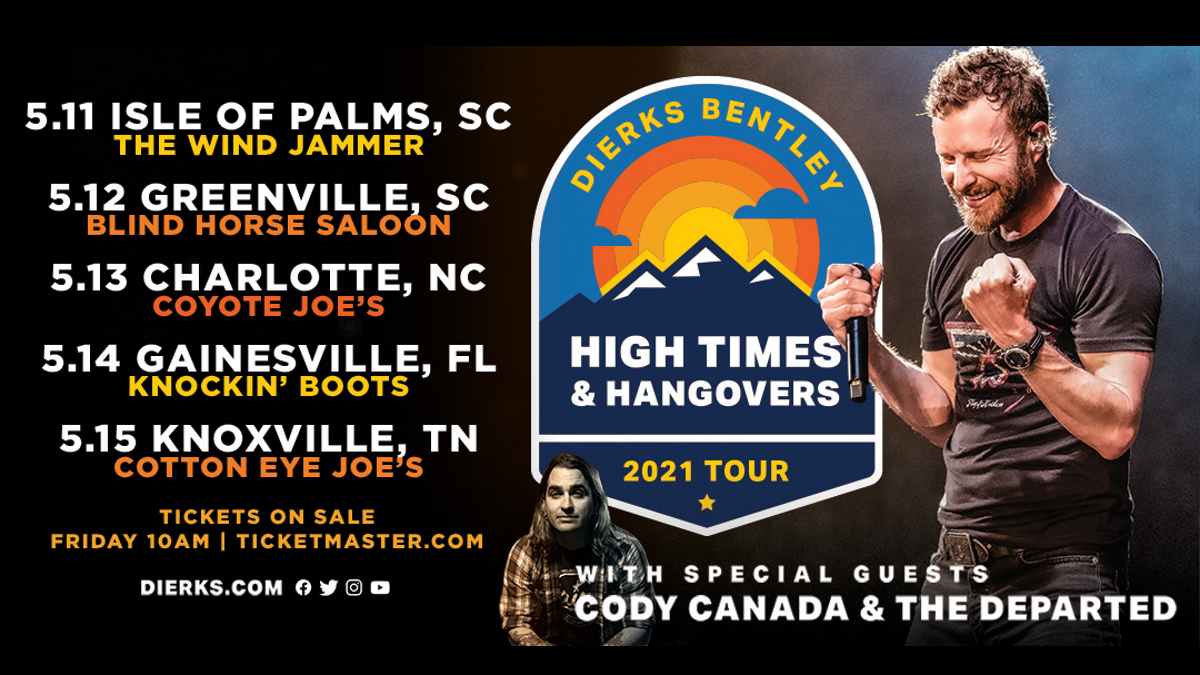 Dierks Bentley has announced that he is reviving his High Times & Hangovers club tour where he will be performing five shows in five nights next month.

He will be kicking things off on May 11th at the Windjammer in Isle of Palms SC and will be playing shows in Greenville, Charlotte, and Gainesville, before wrapping up in Knoxville on May 15th.

Presale tickets for members of his fan club will begin Tuesday (April 27th) at 10:00AM local time and general public tickets will be available beginning at 10AM local time this Friday, April 30th, at www.dierks.com. See the dates below: