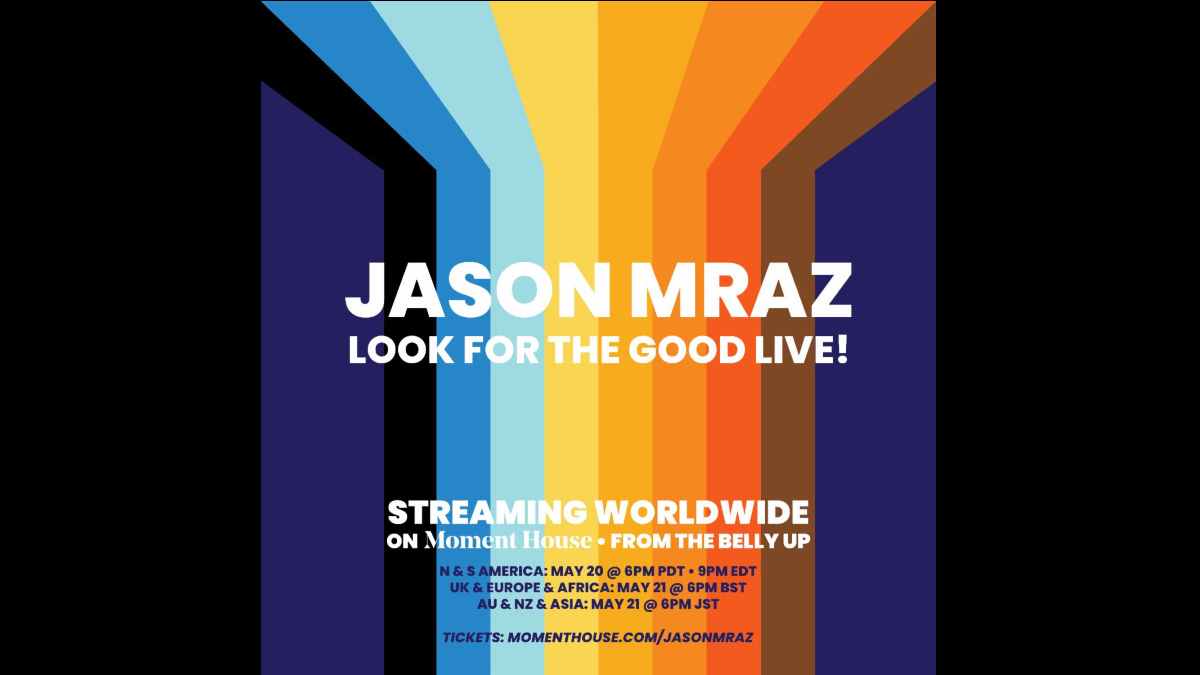 Jason Mraz has announced that he will streaming a virtual concert via Moment House, and taped at the famed Belly Up in San Diego, Ca on May 20th and 21st.

"He had this to say, I've been waiting a year to perform the songs from Look For The Good. But in that time I got to re-imagine and rearrange older songs to fit the new uplifting reggae format. I'll even be premiering 2 new songs composed during the pandemic. The setlist is wide-ranging & well-stocked. This show is especially for fans."

The show will stream in three different time zones for a global audience with North/South America stream on Thursday, May 20th at 9 PM Eastern/6 PM Pacific, followed by Europe/United Kingdom/Africa at 6 PM BST on Friday, May 21st and finally Australia/New Zealand/Asia at 6 PM JST on Friday, May 21st. Tickets are available

All tickets are $20, with the option of access to an "after party" featuring an intimate acoustic performance from Mraz for an additional $15. Mraz will join fans in the chat during the North American after party.

Mraz and his 13-piece reggae band will perform songs from his latest album, Look For The Good, here.