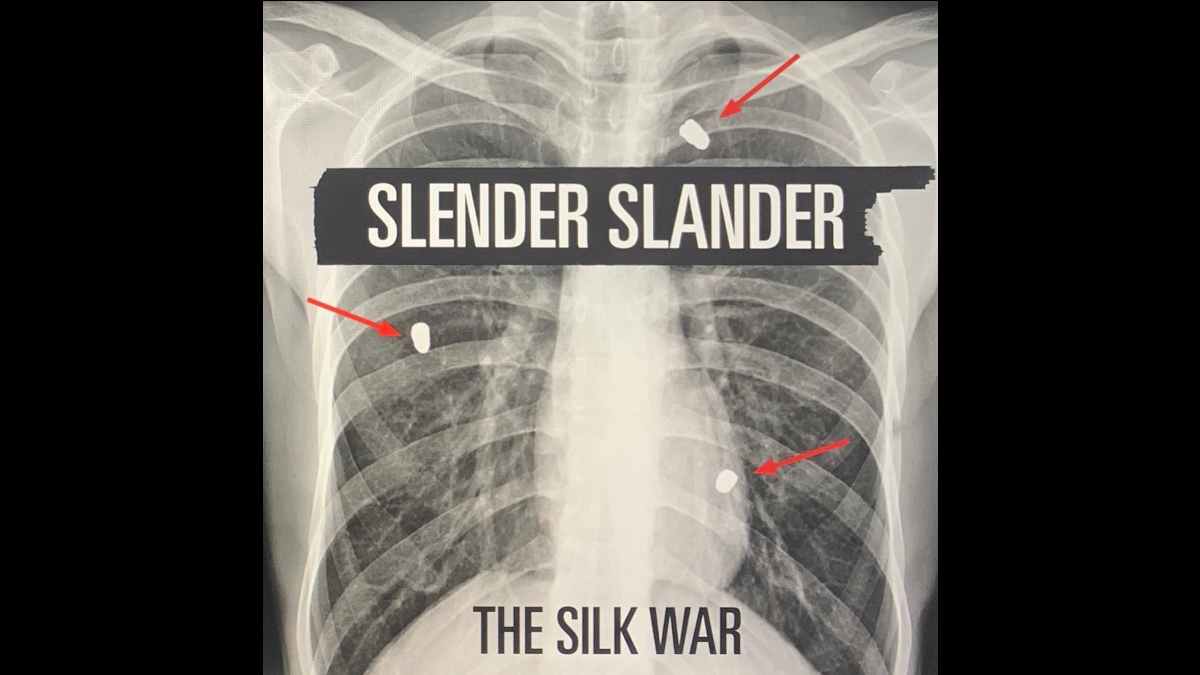 The Silk War tell us about their song "Slender Slander" from their forthcoming debut album "Come Evening", which is set to released on May 14th. Here is the story:

"Slender Slander" was written in response to the Parkland School shooting. "Slender Slander" is thus chaotic in nature, rooted in darkness, tragedy, and anger. "Slender Slander" is our term for the inhumane, disguised defamation exercised by corrupt people in power who refuse to support gun control time and time again. That weakness, greediness, that silent violence are all characteristics of the enemy that we speak of. We chose to use the unique strategy of marrying a strong, lyrical message about gun control with upbeat music in order to fool this enemy into a state of understanding. The one who does not care about anything until it happens to them, until someone they love loses their eyes, is the one that we dedicate the song to; the ones we aim to catch.

The recording process of the song had all of this in mind, making sure to use new wave synth sounds and metallic guitar licks to entice, while the lyrics press and push. The music video also had the allegory and paradox of the song in mind by meshing a vibrant, wild live set in our studio in Bushwick, Brooklyn with actual news footage and statistics pertaining to mass shootings. We chose to feature 17-year-old Ruby Salvatore Palmer in the video to further emphasize our vulnerability and bring attention to the alarming statistic that gun violence is the leading cause of death amongst high schoolers.

Mass shootings are a catastrophic phenomenon, but they are not one in a million. They continue to haunt our country and our world, day after day. Mass shootings have created a veil of numbness in us all due to the normalization of serial violence. Just this year, 147 mass shootings have been reported with no viable gun control legislation to change or control the situation we have all found ourselves in, defenseless. This song is meant to act as a catalyst for action and for subliminal change.