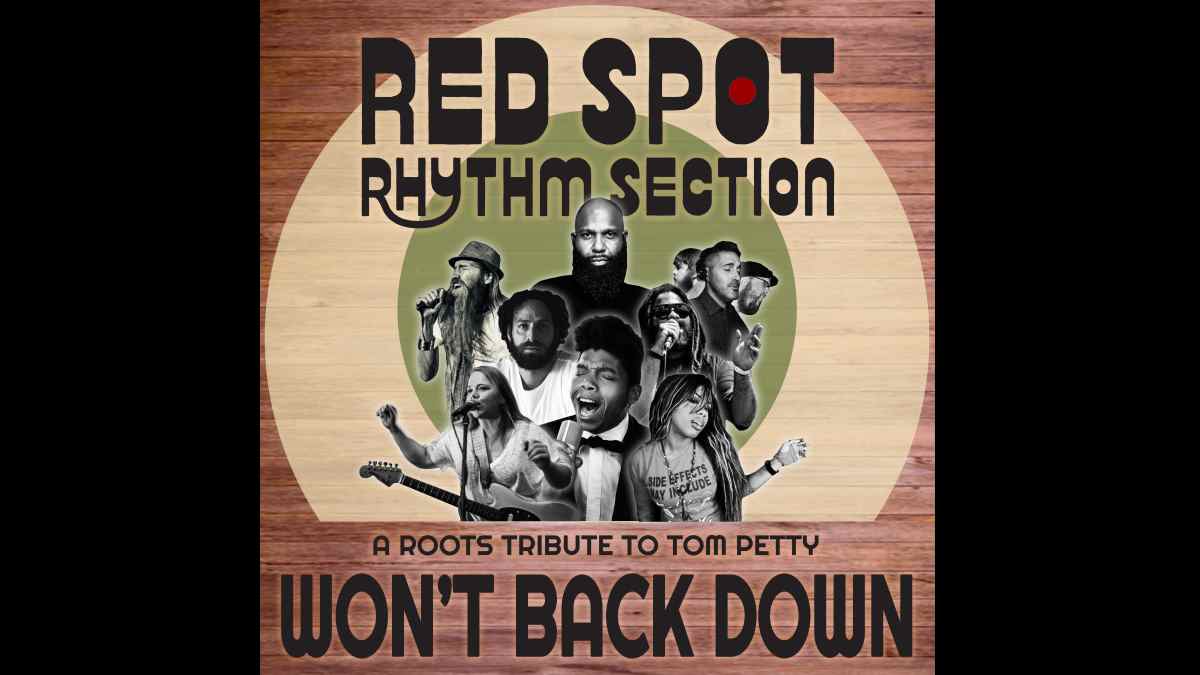 Red Spot Rhythm Section just released their "Won't Back Down: A Roots Tribute to Tom Petty'" and to celebrate we asked band leader Josh Siegal to tell us about the track "You Got Lucky" featuring Angela Peel. Here is the story:

It was late 2020, and I had been putting together these little musical sketches for this idea I had, reggae versions of Tom Petty tunes. I always thought the format and writing of Tom Petty's stuff (which I loved) would be a great fit as reggae music, which I'd been playing for many years in various projects. The tracks were coming together, but I needed singers, and I was learning that, while the songs themselves were a great fit for various reggae styles, it was tough to find singers who could handle (and wanted to brave) crossing southern-rock and reggae vocals. There were some people who listened to the demo tracks and said, "This is too reggae for me," and other people who listened to them and said, "This isn't reggae enough for me."

So it was kind of magical when a friend of another vocalist said, "I have someone who I think will crush this," and referred me to Angela Peel. A few phone calls and a few weeks later, I got a rough of the vocals back from Angela with the rhythm track under it, and I remember I just sat out on my front stoop and listened to it over and over. We ended up with just amazing singers up and down the album, but we picked this tune as the first single because we really loved the way the groove came together and also because of Angela's incredible performance on it.

And all the stuff was done remote because of COVID. John Barbush, the drummer from Low Down Brass Band and Akasha, came in over one weekend socially distanced in the studio (Audio Bistro in Chicago), and I'd written these drum parts, many of them hybrids between traditional reggae drumming and what was on the original Petty recordings, and he did them cold, like taking a demo and a chart and having to interpret them with the tape rolling in real time. We couldn't get the Zoom thing working, so the engineer (Doug Bisrtrow) would text me mp3s of these bounces he was doing throughout the weekend and I'd give feedback and scan penciled-in charts to my phone and email them back. It was a wild process.

You can hear the hybrid drum part on this track in the way that the hi-hat opens up on the third beat of the measure, like in the original tune, where in a typical reggae drum part that beat features the snare and/or kick. So it's like a little twist on a one-drop rhythm that preserves the hi-hat from the original tune. When I was putting these demos together, I was always looking for parts in some of my favorite Petty tunes that would translate well, and there was something about the bass and lead guitar parts on this tune that reminded me of some bass and guitar parts on some late 60s and 70s era reggae. And I also thought that percussive synth part would be cool reborn as a bubbling reggae organ part, and that's how these tunes came together, little sketches that blossomed into arrangements, and people adding their soul and energy along the way.

Hearing is believing. Now that you know the story behind the song, listen and watch for yourself below and learn more about the roots rock & reggae mashup tribute to Tom Petty album here