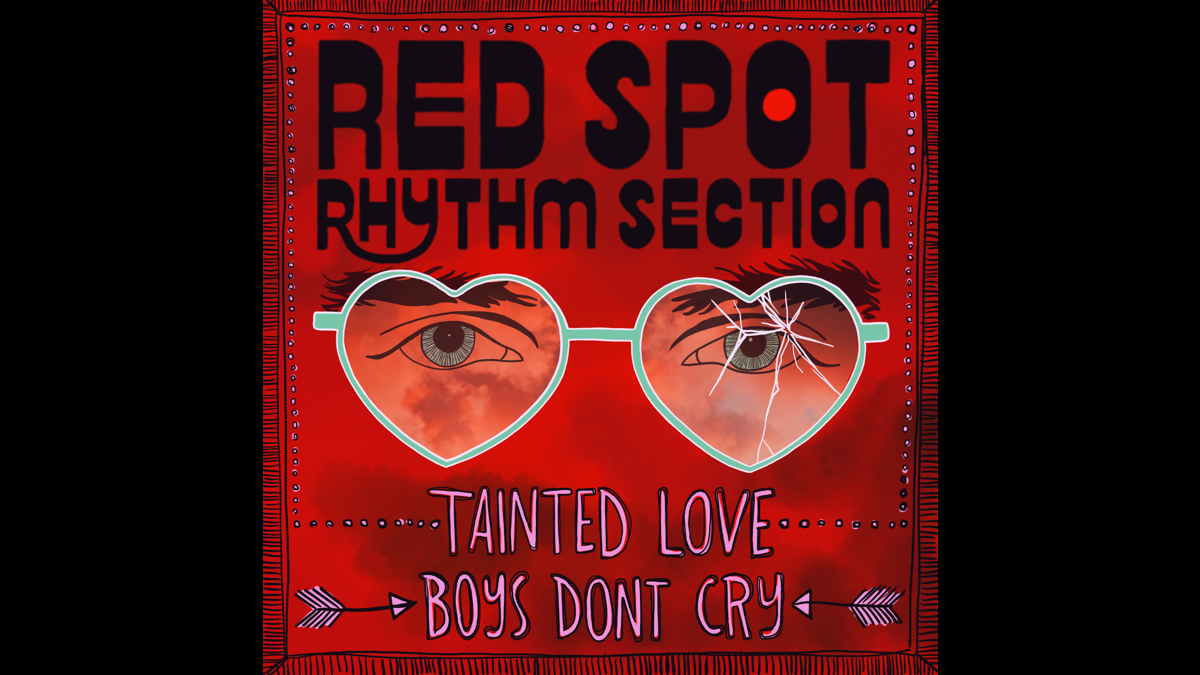 Red Spot Rhythm Section recently released their new singles "Tainted Love/Boys Don't Cry" (covers of the Gloria Jones, later Soft Cell hit and The Cure's "Boys Don't Cry") and to celebrate we asked Josh Siegal to tell us about the tracks. Here is the story:

This single started out when I was washing dishes one day and heard "Tainted Love" on WXRT, one of my favorite Chicago radio stations. Being the highly distractible person I am, I immediately stopped doing the dishes and picked up my guitar and learned the tune, which I then played nonstop for the next hour, going faster and faster each time. I really liked the vibe of it up-tempo like that, almost but not quite a ska beat. I then fleshed out an arrangement with soul-band-style breaks and added the rest of the parts. I had Claire Liparulo in mind for the vocal from the start, and I was really glad she was available to work on it - her performance is perfect.

I wanted another tune to pair with it, ideally a complementary love song from the same era of British rock history, so The Cure was a natural choice. As I'd taken the first tune up in tempo, I wanted the other side of the single to simmer a bit more, and "Boys Don't Cry" sounded great to me just above a slow soul groove. I was picturing kind of a Marvin Gaye vibe for it, and that's where the flute and hand percussion came into play, although the bass line ended up being almost a pure Family-Man (Marley's bass player) style groove. Erthe St. James provided the vocals in a sweet soul style, and did some really nice rhythmic tricks with the song's bridge.

Art for the single is by Shannon Belock, an illustrator and muralist, who took some 80s album inspirations and came up with the cover that has a lot of the personality of her work, while fitting the material perfectly.

It hadn't been my intention to follow a big cover album (last year's 'Won't Back Down: A Roots Tribute to Tom Petty') with another single of covers, but these tunes just kind of fell to me and played themselves into my hands.

Hearing is believing. Now that you know the story behind the song, listen to "Tainted Love" yourself below and "Boys Don't Cry" here