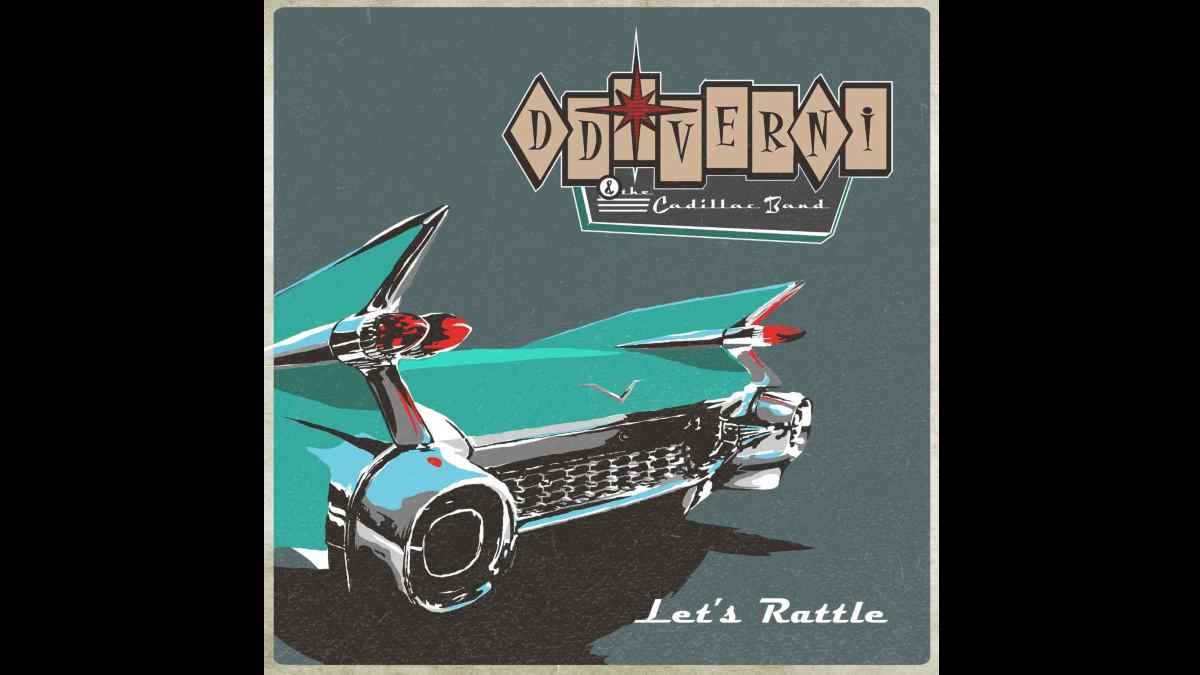 Overkill icon D.D. Verni recently released a video for a new single called "Olivia... That's Who" from his solo group D.D. Verni & The Cadillac Band, and to celebrate he tells us about the track and video. The song is the second taste of the group's forthcoming album "Let's Rattle," which is due out on September 17th. Here is the story:

While the song is about my daughter, I think it speaks to anyone who has a bubbly outgoing spirited girl in their life. It could be your mom, wife or girlfriend.

The video was edited by Steven Bartashev who was the editor on the Cadillac Man video we just put out. I was really happy with how that turned out so I contacted him about doing this one as well. The illustrations were done by Gery Nible.

As I said Gery is a friend who I have worked with on a bunch of projects before. We've done album art, t-shirts, all kinds of stuff. He has a similar DNA to mine as far as stuff we like and so the process of doing this was pretty easy.

He really ran with the idea, I thought we could get by on a dozen or so drawings and I think it wound up more like 60+ . He even sent a video kind of walking us through it and his ideas which made it very easy to visualize what it would be like in the end.