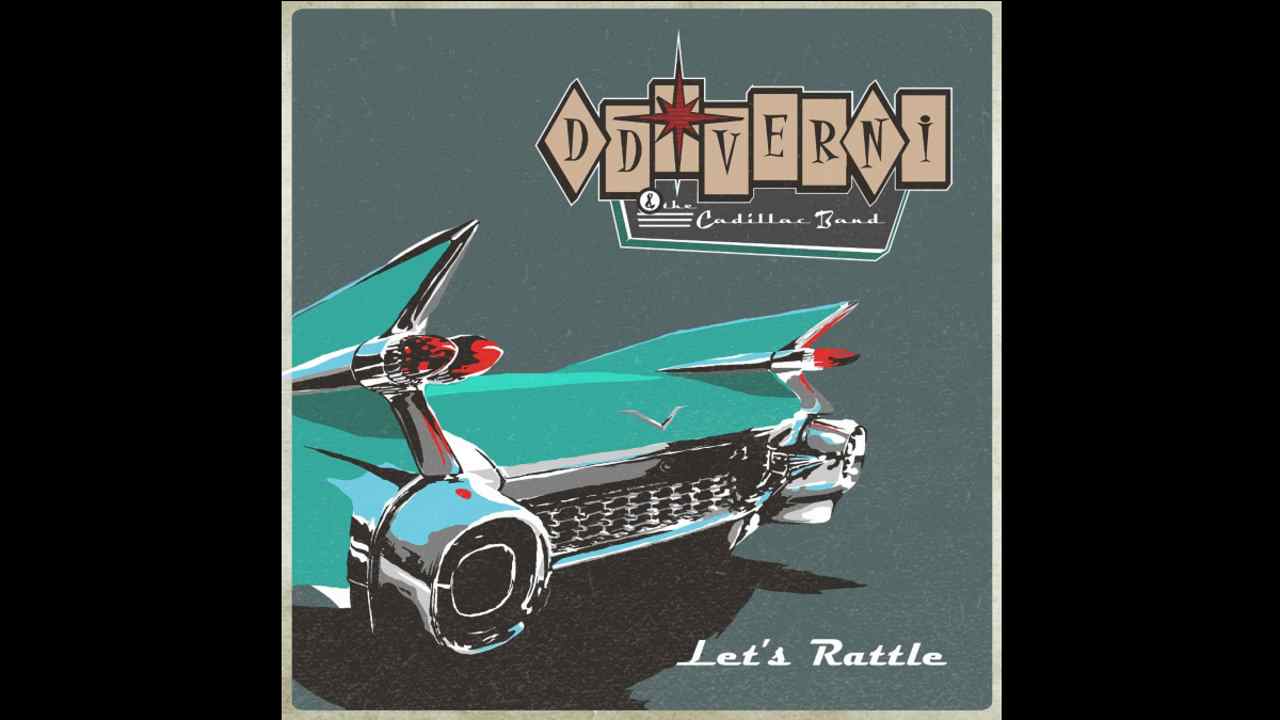 D.D. Verni & The Cadillac Band released their debut album "Let's Rattle" this week and to celebrate we asked the Overkill icon to tell us about the track "Manhattan Baby". Here is the story:

So this is the oldest song on the record. I wrote this 27 years ago when my first daughter (Julie ) was born as a gift for her and my wife. We lived in a small Greenwich village apartment on the corner of 12th and 5th. It was our first baby. We had no idea what we were doing, or how we would deal with me being on the road etc etc. But I was soooo excited about having her, I had to write something.

Now my wife is almost impossible to surprise because she's always so damn aware of everything that's going on, where as I am kinda clueless to my surroundings most of the time. I had to sneak away to CT to a friends studio to do the recording. It was a studio where Overkill did our recordings and where Pantera had just recorded, so even then the studio was was looking at me like what the hell is this guy up to? It was like a military project to try and keep it a secret. and is actually the first song I ever sang vocals on.

So fast forward 27 years I am doing a Swing record and want to include the song but the only thing that's left is the original stereo file. I sent it to a friend of mine who pulled it apart and came up with a horn arrangement that made sense to the original. While it's not exactly the same it keeps true to the original one. Lyrically it's somewhat autobiographical, but really could be about anyone having a baby and starting a family. My wife was surprised and thrilled to have it. As my daughter grew she was also thrilled to have her own song and would tell people she was born in Manhattan and was a Manhattan Baby. She would spend a lot of her younger years out on the road with me after that, thru Motorhead and Megadeth tours Europe and America and everything in between.