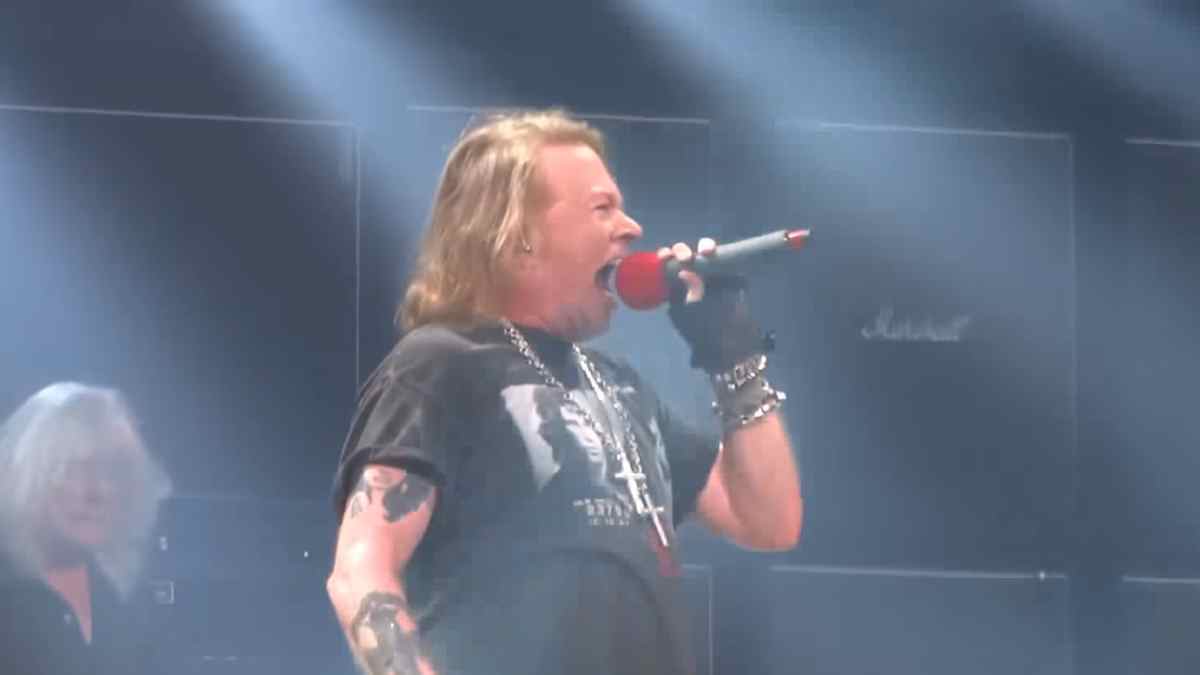 Former AC/DC drummer Chris Slade shared in a new interview how surprised he was at how well things went with Guns N' Roses frontman Axl Rose, when the vocalist took over lead vocals for Brian Johnson for this Rock Or Bust Tour.

Rose was called in to help the band complete the tour after Johnson was forced to exit the trek under medical advice that he faced permanent hearing loss if he continues.

Slade himself was called to take over for Phil Rudd for the tour. Chris was asked about the experience with Brian leaving the tour and Axl taking over during an interview with Vinyl Writer Music and he reflected, "Yeah. Well, for me, it was quite a long time. Me and my Mrs. had to spend a lot of time in Miami, Florida. Towards that break, which ended in Florida, Brian was really unhappy with what he was doing. And I could hear him perfectly; I was using in-ears and I could hear the band, and him, perfectly.

"To me, it didn't sound as bad as he thought it was. I kept saying to him, 'Brian, you're doing fine.' But he didn't like it. I don't know the circumstances, but all I knew is that Tim, the tour manager, said, 'Brian's not here anymore. We just gotta hang around.' I went, 'Oh, okay.' It took some time; maybe a month or more.

"Then we went to Atlanta, Georgia and there was some auditions. I said to [drum tech] Dick Jones, 'What's tomorrow? Is it a day off?' He said, 'No. It's Axl Rose tomorrow.' I went, 'What!?' I couldn't believe it; I heard all the stories about Axl.

"The next day, there he is. I shook his hand and thought, 'This guy's not bad at all,' and he was telling jokes. And then he sang and I didn't know he had that voice. I really had no idea he could sing like that. It was tremendous from the start. Within the next day, he was in the band."

Slade was asked if it was seamless with Axl coming in and he responded, "In my opinion, yes. People may disagree with me, but again, I could hear him perfectly, too. Some of those notes he hit were unbelievable.

"He used to warm up for two hours every day. And I know he did because we were either on the same floor or very close. You could hear him on his piano, doing the scales and everything. And as I say, he was quite a funny guy. I know it's not the opinion that a lot of people have of it, but that's my experience of Axl.

"On that tour, by the way, there was one night where there was a glitch. I don't know what it was, exactly, a guitar wasn't working properly, and we were about a half an hour late going on. I found out afterward that was the only time that AC/DC were ever late for a show. They're pretty conscientious like that; everything has to be spot-on."