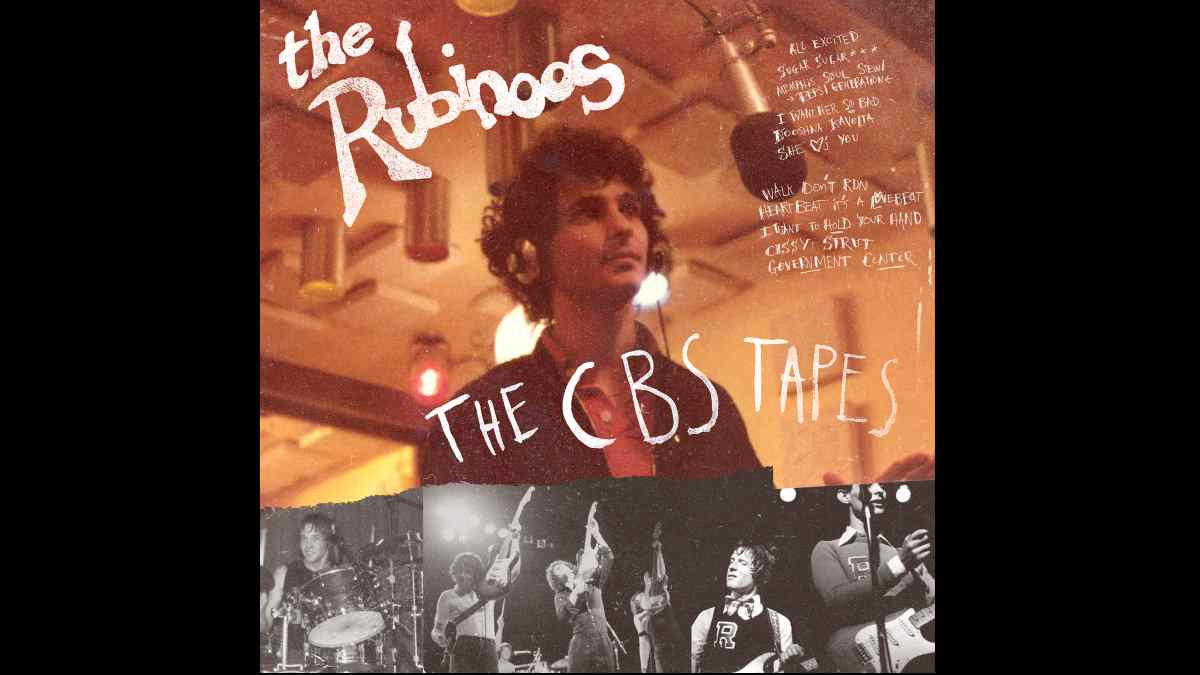 The Rubinoos are releasing their new album "The CBS Tapes" this week and to celebrate we asked Jon Rubin (with some help from Tommy Dunbar) to tell us about the single "I Want Her So Bad." Here is the story:

In 1974, Tommy and I were playing in a pop/boy band out of the SF Bay Area, The Rubinoos. Although we certainly loved Bubblegum and most kinds of pop music we also loved stuff like Iggy and the Stooges, The Sonics, Frank Zappa, The Troggs and other more grating artists. At the same time we were playing in a band called Alfred Cooper soon to have its moniker changed to Psycotic [sic] Pineapple. The first original song for the band was "I Want Her So Bad." It was first recorded in our friend Dan's bedroom on his incredibly advanced TEAC four track. I was playing drum, yes drum, too foul to handle more than a snare and a high hat. Tommy played guitar, our friends John and Henricus filled out the lineup. Tommy had written the song in about 5 minutes and we went at it. Although the genre hadn't been christened yet, "I Want Her So Bad" was definitely a Punk Rock song and Psycotic Pineapple was certainly a proto punk band.

The next iteration of this song was a 7" by Psycotic Pineapple (a smashing version by the band sans Tommy and me)recorded earlier in '76. Subsequently. it was released on their debut album Where's The Party? So you see, this tune was around for a while before we recorded it on that fateful day in November '76.

As for the CBS Tapes version, what was basically a get comfortable in the studio day became an impromptu direct to two track recording session. The tape was rolled and we just played whatever we wanted. "I Want Her So Bad" was easy and we all were familiar with it. Although not the cleanest performance it certainly has some very rude energy. The background vocals are very creative as is Royse's bass playing, chord progression be damned! I listen to it and find myself thinking MFWTF? But, it is a real look into the way young bands approach serious f-ing around. All in all, it embodies an aspect of The Rubinoos that has always colored what we do. Maybe that's why they kept pairing us up with Punk bands all the time...