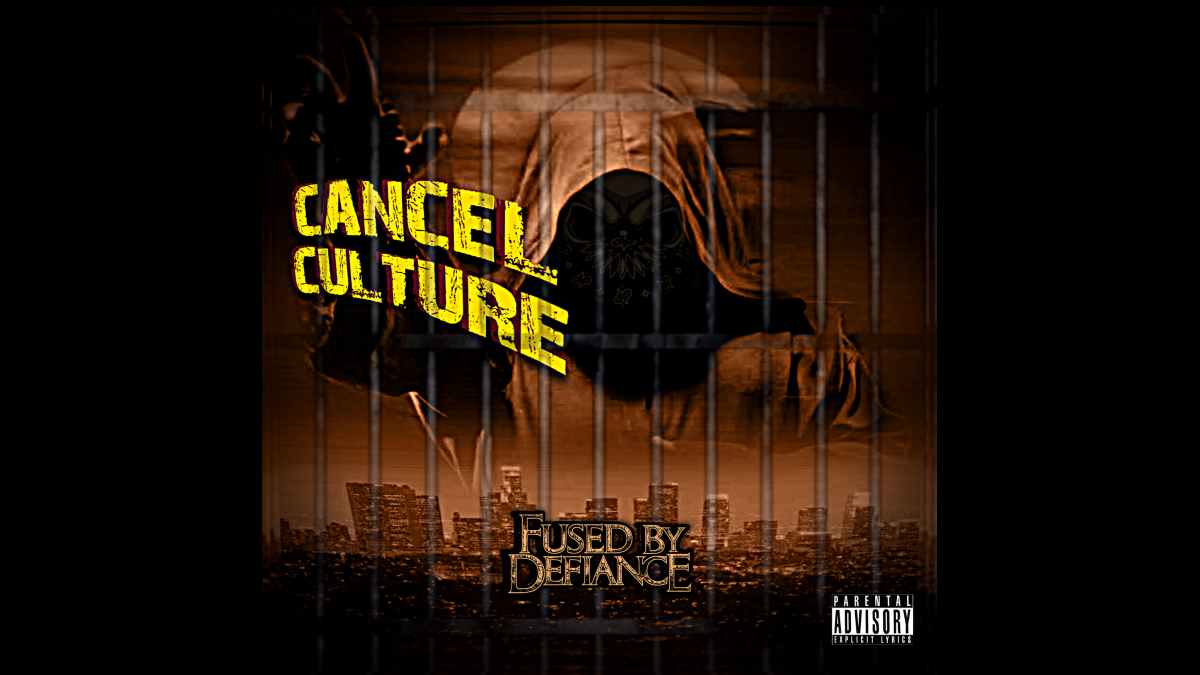 Fused By Defiance recently released a video for their timely new single "Cancel Culture" and to celebrate we have asked Arnold Quizada to tell us about how the track came about. Here is the story:

We never have really opened up and talked about how a song came to life, the process and how it got completed before, but hey there's always a first time for everything. The idea for our latest single "Cancel Culture" started when one day Taj (vocals) sent me a text asking if I had some riffs laying around in my "guitar riff ideas" folder on my computer with a tempo of 125bpm, which by surprise I did! Only thing it was recorded with a 7-string guitar and not the usual 6-string Fused By Defiance always use. I emailed it out to her either way. The very next day, Taj emailed the band a rough draft with vocals she recorded at home which she titled "Cancel Culture" which talked about the inappropriate usage of cancel culture and metaphorically, a virus in the system that searches through a person's past and finds the one thing that may be able to bring them down as a petty response or knee jerk reaction to a human occasion. The band and myself right away liked the direction the song was going. It was something Fused By Defiance never done before especially with downtuned 7-string guitars. We set up a few rehearsals and once we had a solid foundation, we did a demo recording for the track. The advantage we've always had since the band started is that I had recording software and gear at my house and I would always set up demo recordings for each new song we were working on. It makes writing so much better hearing playback of the songs. It was no different process for this single. We recorded about five different versions and in between version two and three we felt the tempo of the song was just a tad slow. Remember how it started as 125bpm? We raised the tempo to 130bpm and it made a huge difference and it just felt better. Once we knew it was complete and we were all happy with it, I called up our friend/audio engineer Ben Jovi at Left Coast Label Recording Studio to track drums and vocals. Guitars and Bass were then recorded at my home studio which saves us recording costs and we can record at our own pace. As soon as we had all tracks done, we sent it out to my friend Joshua Wickman who has worked with Within The Ruins and King 810 to name a few at Dreadcore Productions for mixing and mastering duties. Once we had the final master, it was time to call up our friend and music video director/editor Ron Underwood. We booked a grungy looking old hangar in the Los Angeles area to shoot the video and called up some friends to be our actors. The video came out amazing and it was ready to set a date for a worldwide release. The beauty of this band is that we have always done everything independently ourselves without a label or manager. And it's not that we don't want that help, it's just that the right deal or the right person hasn't knocked at our door yet. But we know sooner or later that right opportunity will be coming our way. We hope you enjoyed our little story and also hope to see you at one of our shows soon once this pandemic is over! Stay safe everyone! And keep rockin'!