Singled Out: The BRKN's Lovers 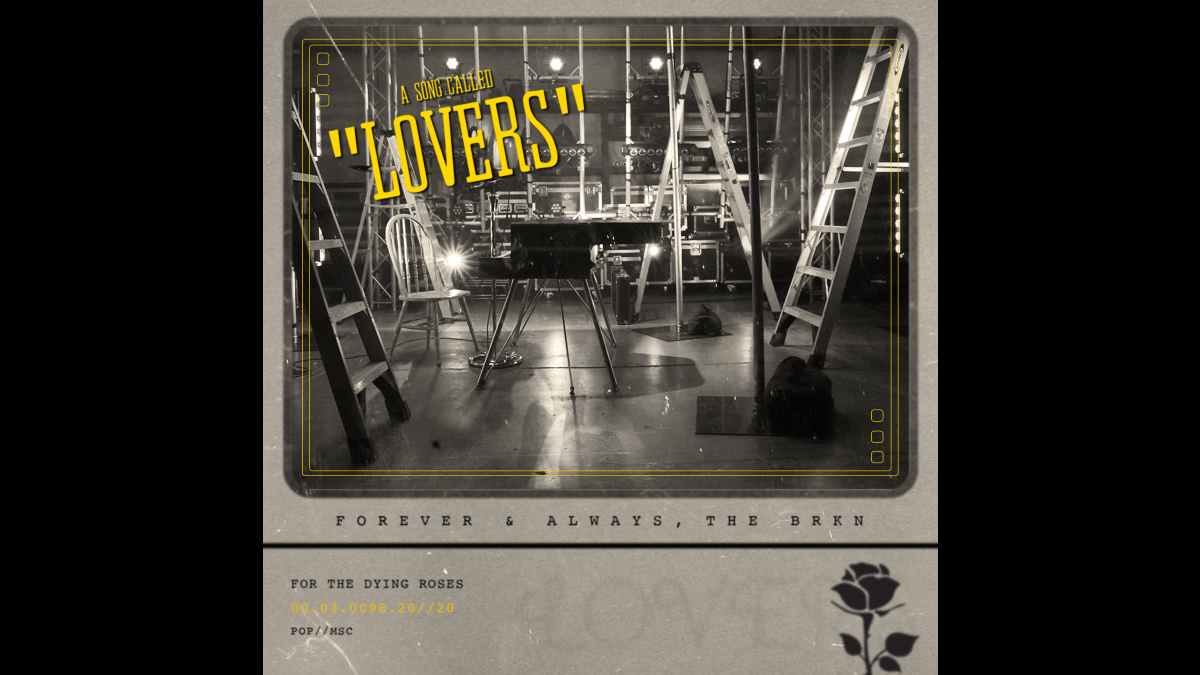 Colorado trio The BRKN recently released their new single and video called "Lovers" and to celebrate we have asked Jacob Cade to tell us about the song. Here is the story:

The story of "Lovers" opens with the boys and I crowded around my jenky laptop recording setup in a messy bedroom. Hours and hours of trying to write the next upbeat, pop banger wasn't fleshing out anything of substance. We were over it basically, after a brief intermission the silence in the room was broken by four words, out drummer Michael Bokenkamp said, "Let's write something chill." Without hesitation the inspiration in the room started flowing almost too fast for us to catch it. Not really knowing what the vibe was I pulled up an electric piano sound with a mini midi controller, the only one we had at the time, and Michael sat down with an SPD sample pad. We picked a tempo and followed the feeling blindly. Thus, creating the structure of a piano lead, sad, vintage shuffle vibe. This was something we'd never approached before and immediately we were stoked on it. There weren't even lyrics on it yet so now it was my turn to not ruin the whole thing.

The next morning I bounced the song onto my phone and took a drive to grab a coffee. I listened to it over and over on the way there and back to sort of create an image of the story in my mind. By the time I got back to the home studio I had a pretty good sense of the feelings I was going to describe in the song. I set up a mic and just started recording myself mumble sentences and melody ideas. The first thousand run throughs got me the first verse. The next thousand got me the second verse. Now the chorus became more and more daunting as the hours went on as it always does for every song I write. The frustration sets in which means the mind closes and all creativity drifts into nothingness, a black hole which all artists fear. So, I come to my senses and take a break. By that time, it was an acceptable hour to drink a beer and/or a glass of wine so that's what I did. I thought about things that made me sad, stories that don't make me feel the greatest concerning relationships and romances that had died before they had time to flourish into what I really wanted them to be. A melancholy demeanor fell over me, like a warm blanket, tossing me into the bedroom studio again to sing through this thing. First couple of takes were it.

So there it was, the song that born out of four words spoken as a savior to an otherwise unproductive evening of making music. Now turned into a dreamy ballad with hints of 50's esc ideals and a sad boy wondering why his true self was too much for someone to handle. A new direction for the band without question but truly a giant step towards finding The BRKN's sound/vibe. The song was taken from the home studio into Mason Maxwell's studio in Nashville where it was restructured a bit and rerecorded into the version of the song you hear on Spotify, AppleMusic, etc.

Hearing is believing. Now that you know the story behind the song, listen and watch for yourself below or stream the track here

Singled Out: The BRKN's Lovers

Singled Out: The BRKN's Your Existence