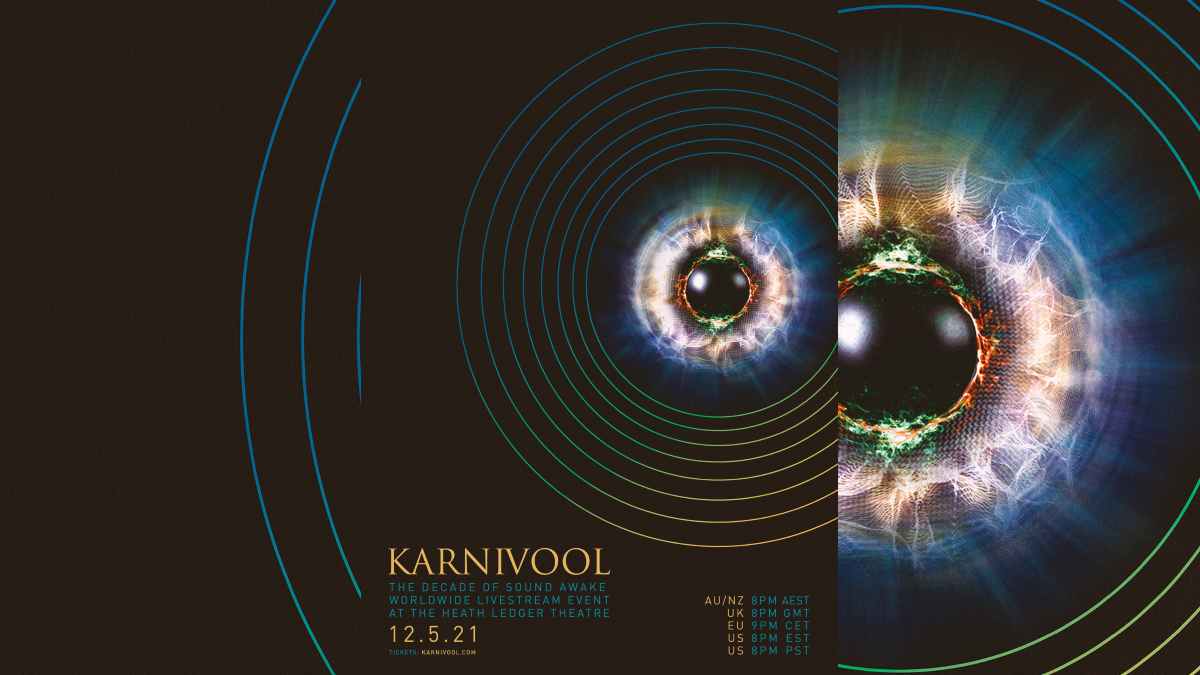 Karnivool will be playing their "The Decade Of Sound Awake" global livestream tomorrow (May 12th) and to celebrate we asked Ian Kenny to tell us about "New Day" from the "Sound Awake" album, which they will be playing in full at the event. Here is the story:

Fans and friends say this song is pivotal to Sound Awake, maybe even representing Karnivool at the core - and we understand that whenever we play it live. The development of the song was fairly typical of us now - protracted - but back then, it was the first time all five of us had collaborated musically.

From its outset at an early session (after we finished touring the debut record Themata) it went through many rewrites, permutations, but what fans would recognise as the essence of New Day - that formed in one of the final writing session some years later up in a place we'd rented in the hills of Perth (Western Australia). We'd gone there to remove distraction, to force our creative into completion, before fine tuning could start in the studio with (producer) Forrester Savell. We locked heads a lot during these sessions, pushing its texture and the dynamics, expanding what we could do musically, it became gruelling to be frank, but, yeah, from the feedback we get wherever we perform the song, the results have held their own.

Lyrically, it brims with positivity, a hopeful message for who we are & where we were trying to be on our second release and thankfully, somehow, we achieved that connection to others, the emotional current carried us as a band, Sound Awake prised open doors - mostly on planes! - that took us to the world and we aim to be back out there as soon as we can.

Hearing is believing. Now that you know the story behind the song, listen and watch for yourself below and get tickets for the livestream here