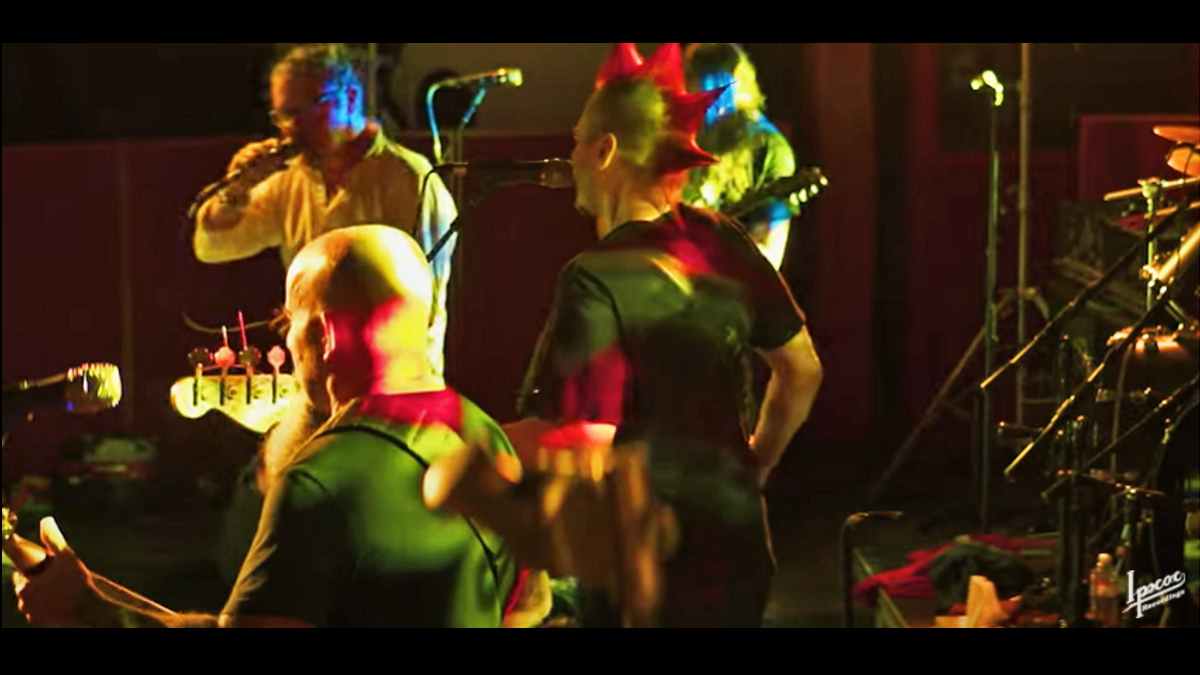 Mr. Bungle have released a video for their cover of the van Halen classic "Loss of Control" that they debuted during their Halloween 2020 streaming special,.

The cover has been released as a single and comes from the forthcoming package captured during that streaming special. Entitled "The Night They Came Home", the package is set to be released on (June 11th.

Trey Spruance had this to say about the cover, "Mr. Bungle tried to play this song in the '90s and we scrapped it because we sucked at it. I think it worked this time for a lot of reasons. My own is that, thanks to the new Raging Wrath era, I've had to re-approach the guitar like I did when I was 13 and 14.

"It was all about Eddie Van Halen for me back then, so circling back at this moment felt really natural. Those riffs and lead parts at least are super fun! I'm just glad Scott took the palm-mute breaks. Jesus!"

Scott Ian (Anthrax) added, "I generally don't get nervous about learning someone else's riffs. When it's an EVH riff it's a whole different story! I was terrified!

"With 'Loss of Control' I did my best to just hold on and go for the ride. What a riff!!! As a fan I'd have to say it's a PERFECT SONG for Mr. Bungle to cover. I hope you enjoy listening as much as I did getting to play it." Watch the video below: