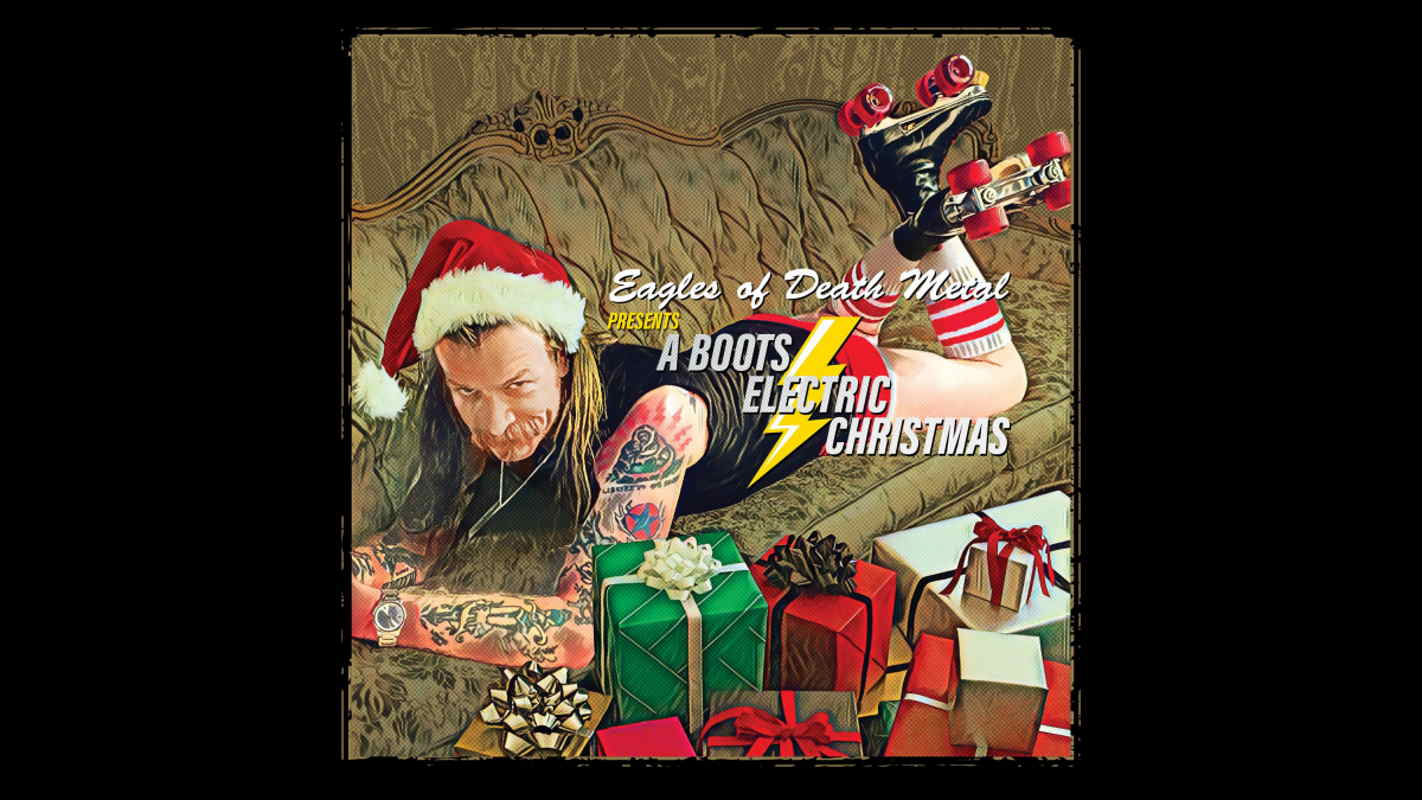 The Eagles Of Death Metal frontman Jesse Hughes will be sharing their new Christmas EP "A Boots Electric Christmas" on his Blast Radio show this Friday, November 19.

The EP also is set to be released this Friday. As we previously reported, the special six track Christmas EP is set to be released on November 19th and features the band and Jesse Hughes' alter-ego Boots Electric taking on some holiday favorites including "God Rest Ye Merry Gentleman," "Little Drummer Boy," and more.

Blast Radio is an audio-only app that allows musicians to deliver exclusive broadcasts that are only available for 24 hours. Jesse had this to say about the platform, "Artists have been chasing a way to share analog content in a digital world for years. With Blast Radio, that problem is solved. I can broadcast audio that sounds incredible with one button. The opportunities here are endless."

The show's description reads, "Every week, tune in to Jesse Hughes' Long Player. Only on Blast Radio, this DJ set will feature two records handpicked and introduced by the Eagles of Death Metal frontman and played in their entirety, back to back, with no interruptions." Fans can download the app and enjoy content from other artists Alex Cameron, Animal Collective, Kevin Morby, and more here.