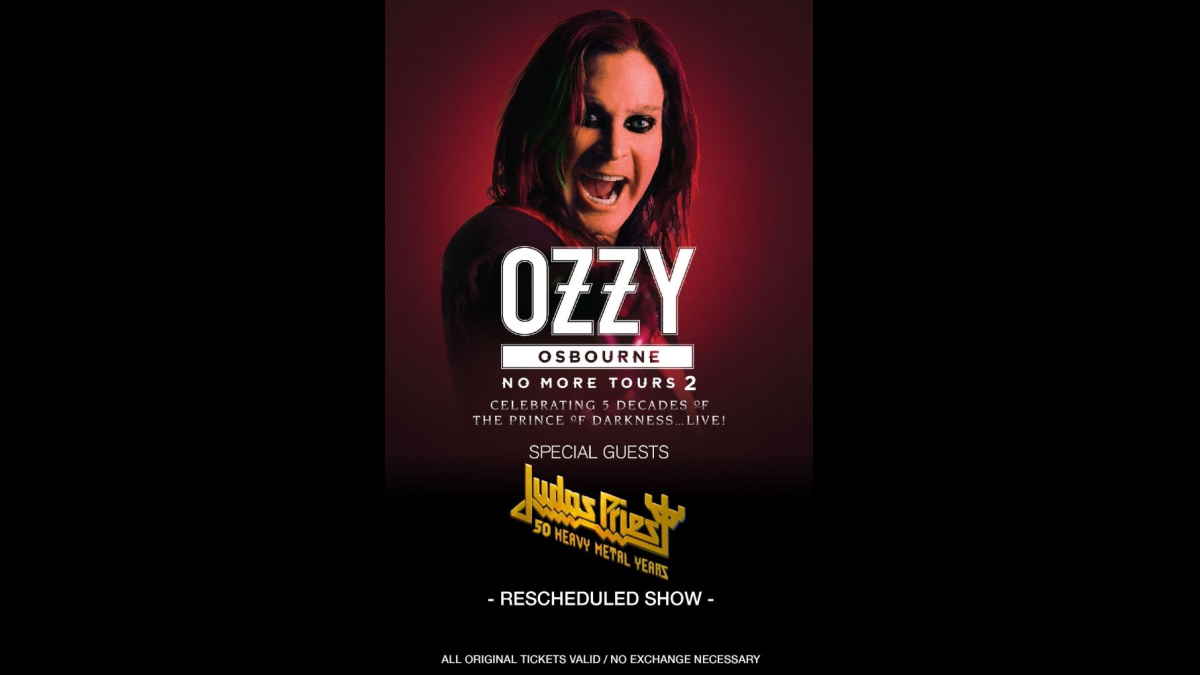 Ozzy Osbourne has announced that he has once again postponed his No More Tours 2 trek featuring support from Judas Priest. The European outing will now be taking place in the spring of 2023

The Euro leg of the Black Sabbath's legend's farewell tour was originally set to take place 2019 but has been rescheduled several times. The new dates have been revealed and tickets for the original stops will be valid for the new shows.

The tour is set to kick off on May 3rd in Helsinki at the Hartwall Arena and will conclude on June 14th with a special hometown show in Birmingham at the Resorts World Arena.

Ozzy had this to say, "Due to the ongoing uncertainty with full capacity events and travel logistics in much of Europe, we have come to the difficult decision to postpone my 2022 tour to 2023.

"Original tickets remain valid for the new dates. I want to thank all of you and Judas Priest for your continued patience and support." See the new dates below: