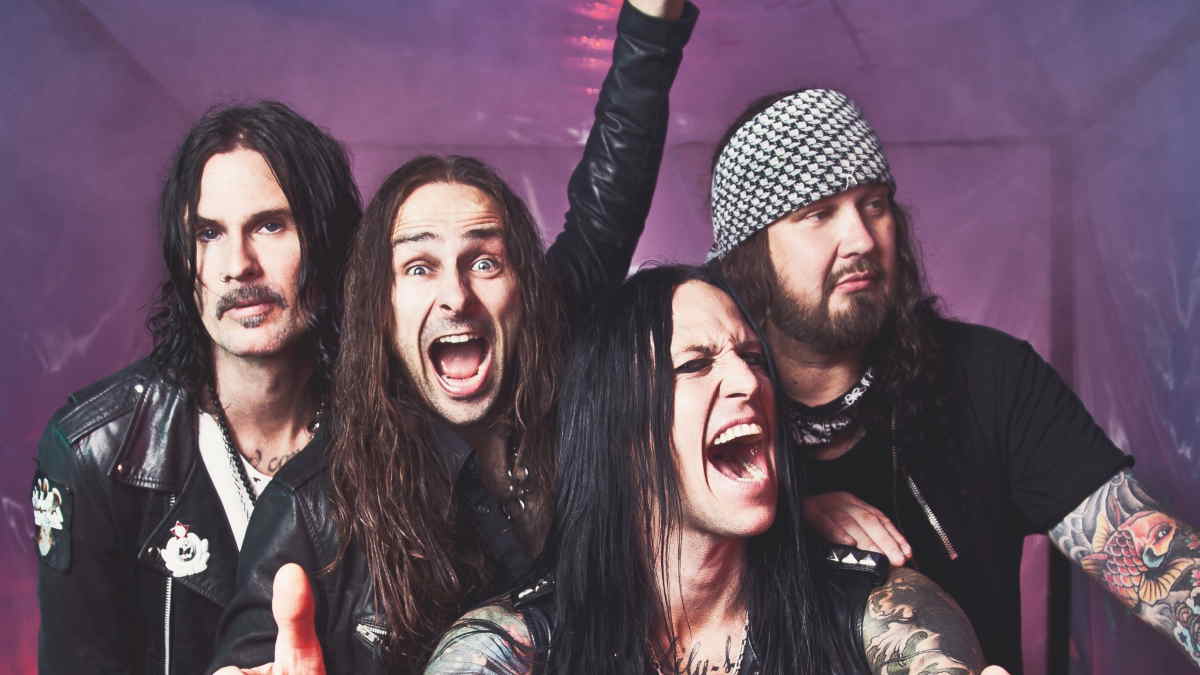 (Golden Robot Records) Hardcore Superstar have released a music video for their new single "Dreams In Red". The song comes from their forthcoming album, "Abrakadabra", which will arrive in March of next year.

"Dreams In Red" follows their previous single "Catch Me If You Can". We were sent the following details: Slicing through the speakers like a psychotic 80's slasher movie, 'Dreams In Red' takes the listener on a twisted journey through the mind of a mentally unstable killer, haunted and torn by their violent past. Powerfully weaving between melody and aggression, 'Dreams in Red' showcases the band's heavier sound, punctuated by their trademark 'in your face' production style and presenting a stark contrast between the infectious chorus of 'Catch Me if You Can' and some of the heavier songs that comprise their upcoming album Abrakadabra.

With countless positive reviews and radio plays all over the world, coupled with over 100,000 Spotify plays of 'Catch Me If You Can' within the first week of its release, Hardcore Superstar are set to invoke some more Nordic Magic with 'Dreams in Red' as they head out on the road with some exclusive dates to support its release ahead of their Abrakadabra World Tour currently being planned for 2022.

Recorded at both Osterlycken and Bombastik in Musikhens Hus, Gothenburg, the band returned to their roots to work with acclaimed producer Johan Reiven, who they previously collaborated with on their 2005 Black Album. The result is an intense and hard-hitting collection of songs that drummer Adde Moon describes as a "natural follow up to Black Album". Watch the video below: