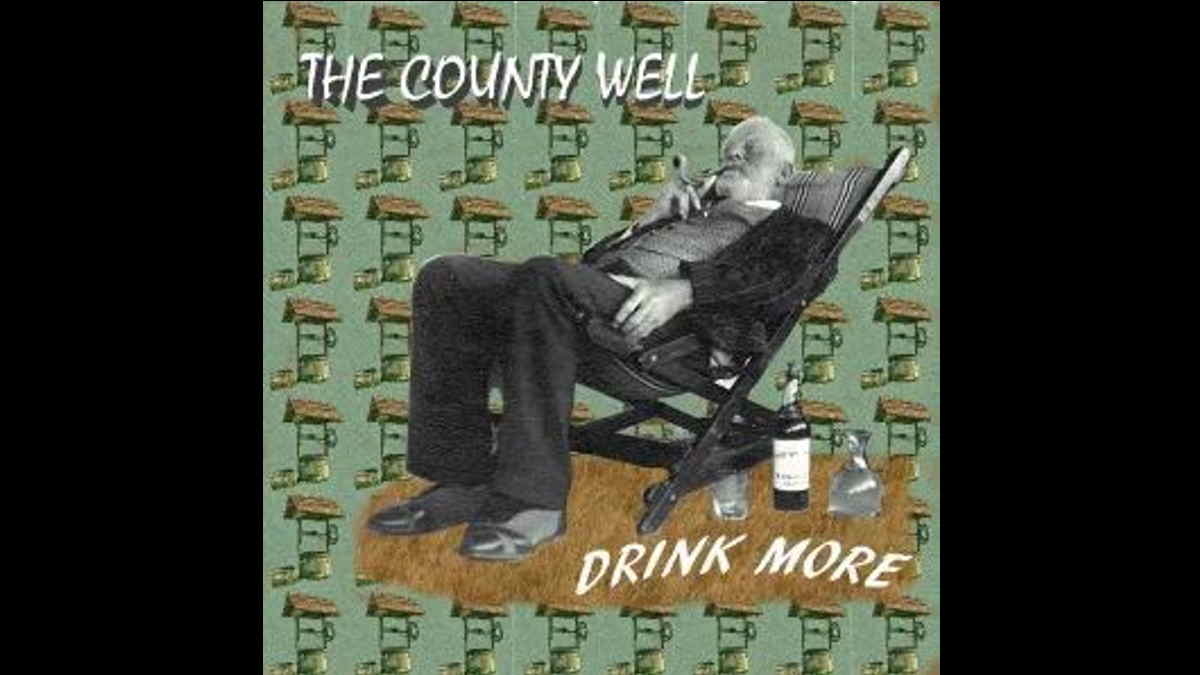 The County Well recently released their new album "Drink More" and to celebrate we asked Don Zimmer to tell us about the title track to the record. Here is the story:

A while back I spent some time learning about Woody Guthrie and his songwriting. He wrote a lot, hundreds of songs of all kinds-country, folk, children's and ballads. Many of them were not very complicated. I read about what inspired him to write. He said that instead of waiting for inspiration to come, he went out to find songs. To be open to them, to go looking for them, instead of standing by while they come to you.

I tried to write a song with Guthrie's openness in mind-and came up with "Brandy in the Glass." In terms of chord and progression, it was pretty straightforward with a chorus of "over and over the words resound, if there's brandy in the glass 'll be sticking around." In each verse, I inserted a different type of alcohol (beer, whiskey, wine) and changed the chorus accordingly. My "drinking" folk song was simple and catchy like some of Guthrie's. Even though I never recorded it, we sang it and played it in sing-alongs and jam sessions.

Years later, co-founding County Well member Graham Guest, made a comment that stuck with me. He said, "I need to drink more." Really? Most people usually say they need to drink less. But Graham was talking about something else. His words weren't coming from a place of despair or trouble; instead, he was talking about lightening up the workload, relaxing and enjoying. One night, my guitar was repeating a progression and I started singing the words, " I need to drink more" over it, in a kind of old time bluegrass style.

I already had something of a drinking song-and it seemed only natural to expand that with the "drink more" concept, a possible life-altering strategy. I inserted the new progression and lyric between the second and third verses-and "Drink More" was born. I stumbled; I got lucky. I had taken three different things-a drinking song, an off-hand comment and a new progression-and come up with something unique. The song had taken its sweet time to arrive, but the result was certainly bigger and more complex musically than its parts.

After completing the recording, I realized the new chord progression I had slipped in was a very small section of the Dickey Betts' masterpiece, "In Memory of Elizabeth Reed." This inspired me to write the first tune on the album, "Gifted Spirit," which is about the time period between triumph and realizing you may have broken the law.

Related Stories
Singled Out: The County Well's I Am The Grey Sky