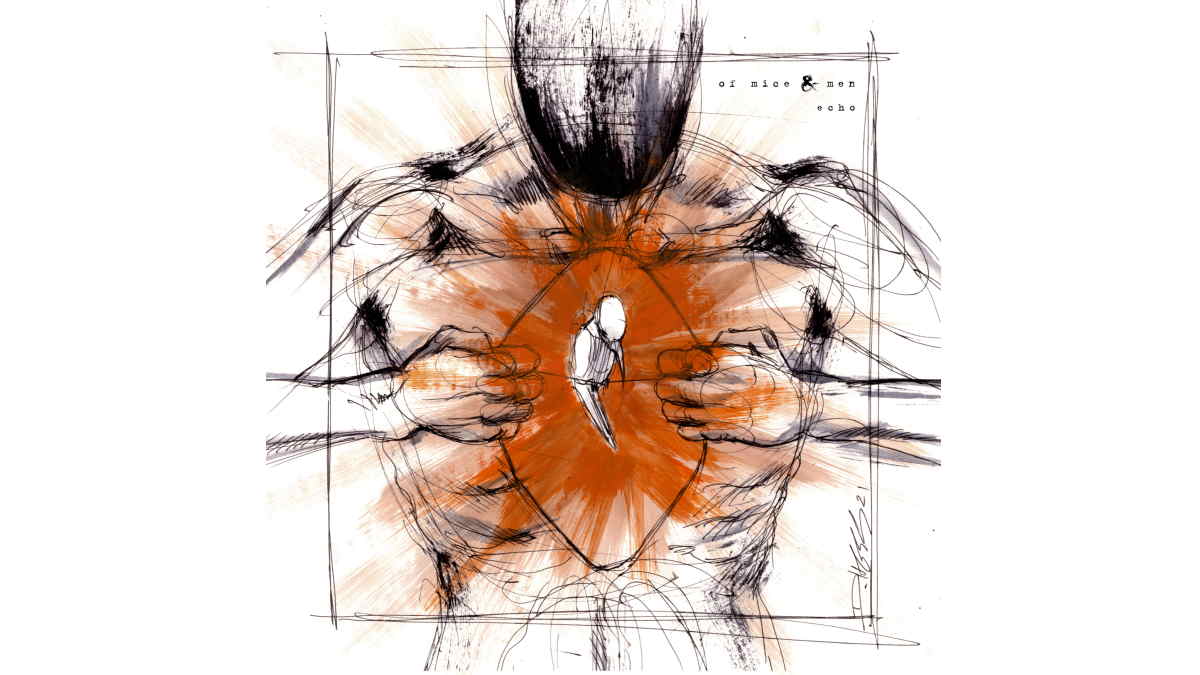 Of Mice & Men have released a music video for their new single "Fighting Gravity", which comes from their just announced forthcoming album, "Echo".

Aaron Pauley had this to say about the track, "Fighting Gravity is about learning to let go, while also recognizing the impermanence and shortness of life. We think we're in control of so much, but we're really not, and that existential dilemma is at the foundation of the human condition."

The new record, "Echo", will be released on December 3rd and will be comprised of the previously issued Timeless and Bloom EPs, along with the new and final Ad Infinitum EP.

"Echo" was recorded remotely by the band members during the pandemic lockdown and was completely self-produced by the band and mixed and mastered by Pauly.

"Echo is a snapshot of the last year-and-a-half of our lives," the band says. "It covers loss and growth, life and impermanence, love, and the infinite - how the most wonderful and most tragic parts of the human experience are deeply intertwined."

Of Mice Men Music and Merch