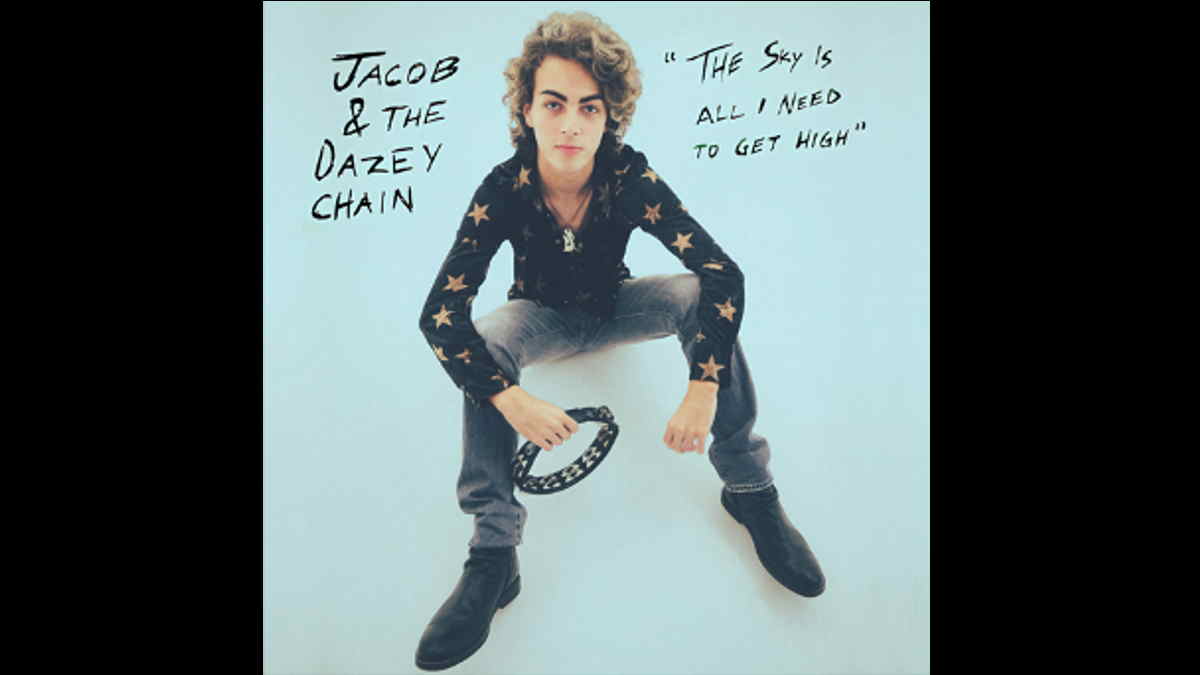 (SRO) Jacob Reese Thornton's Jacob & The Dazey Chain have released the fourth single and title track from their EP "The Sky Is All I Need To Get High", along with a b-side called "Sketches Of You." SRO shared the following details:

The new single was written by Brit Pop/Rock-influenced guitarist, singer and songwriter Jacob Reese Thornton and as with many of his self-written songs, they're inspired by his longtime musical influences (R.E.M., Oasis, Lindsey Buckingham and Fleetwood Mac).

"The Sky Is All I Need To Get High" was co-produced with Bill Reynolds (Band of Horses), who also played bass. All the vocals and guitars were performed by Jacob, with Rami Jaffee (Foo Fighters) on B3 organ, and Jerry Roe (Legendary Shack Shakers) on drums. Jason Kingsland engineered and mixed the track with mastering by Frank Arkwright at Abbey Road. The B-side, "Sketches Of You" accompanies the single release.

Jacob reveals the story behind the creation of "The Sky Is All I Need To Get High": "'The Sky Is All I Need to Get High' is the oldest track on the EP (released 9/20/21) and the only one I've yet to play live. I was in Las Vegas rehearsing for Eric Clapton's Crossroads Guitar Festival in early Sept 2019. I had about 30 minutes to kill in my hotel room and figured I'd try to write a song. The bathroom acoustics were so incredible that I literally just sat by the sink, queued up a voice memo and let it roll. Weeks later I was sifting through old voice recordings and rediscovered the riff. Lyrically, the song is about trusting your own instincts and not letting people dictate the path you take. That's a common theme in a number of my songs. I knew it had to be the opening track because it pretty much sums up the theme of the EP within the first 10 seconds."

Thornton shares why he decided to add the "Sketches Of You" B-side. "I love digging through a band's catalog and stumbling upon a cool B-side or bonus track. It's like striking gold. It also harkens back to a time when 45's were the way people bought music. Some DJ's would flip the 45 and the B-side, THAT became the hit! I want to keep that tradition going. "SKETCHES OF YOU" is a song I wrote back in 2018 and released under my own name. The song is sort of a collage of my musical influences and South Florida upbringing. I was listening to a lot of Santana and Lindsey Buckingham at that time, and it shows."

Three singles were released from the EP leading up to the new single "The Sky Is All I Need To Get High": "Traces" (this past January), "The Kids" (May) and "Swan Dive" (July). JACOB AND THE DAZEY CHAIN is a three-time winner in Classic Rock Magazine's "New Tracks of the Week" readers' poll. JACOB & THE DAZEY CHAIN's debut EP entered Amazon's Top 25 best-selling, new alternative rock releases. The lead single "Traces" entered the top 20 Play MPE downloads across all AAA/Rock specialty stations and Top 10 (#9) streaming charts and receives regular play on Little Steven's Underground Garage on SiriusXM with Los Angeles DJ Rodney Bingenheimer.

Stream both tracks here and check out The visualizer video for "The Sky Is All I Need To Get High" can be seen below. A Limited Edition Vinyl of the EP w/Bonus Tracks is available here.