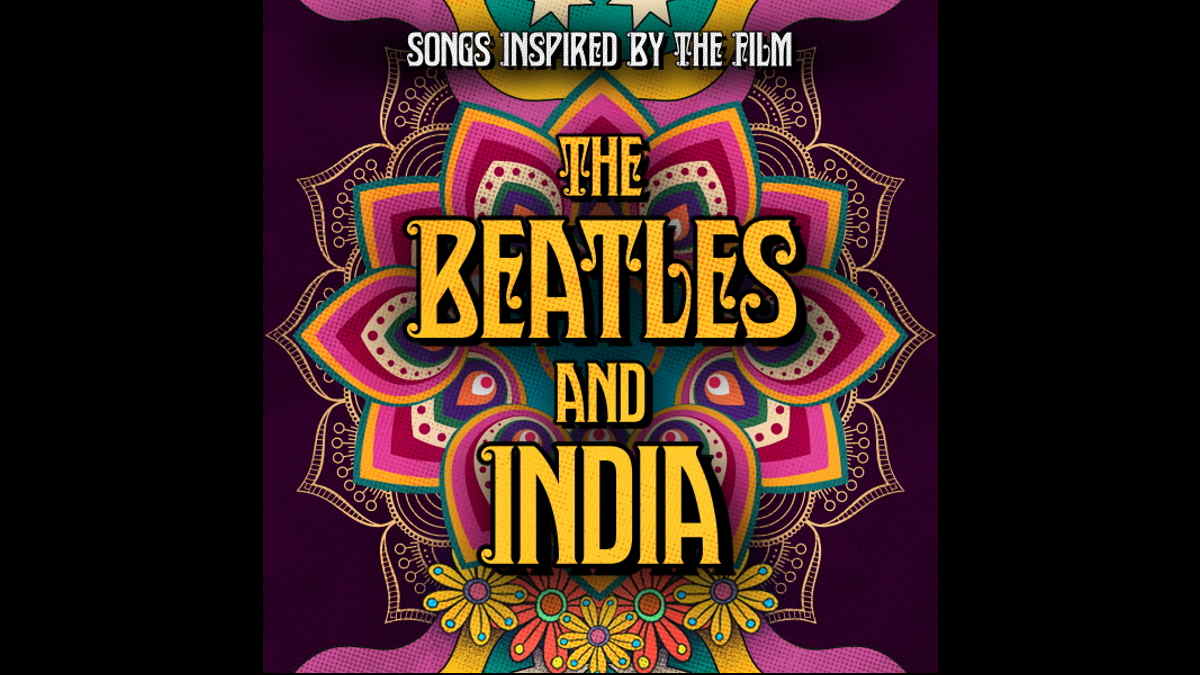 (Glass Onyon) The 2CD set "Songs Inspired By The Film The Beatles And India" will be released on October 29, 2021. The album features a diverse cast of Indian artists (Vishal Dadlani, Kiss Nuka, Benny Dayal, Dhruv Ghanekar, Karsh Kale, Nikhil D'Souza, Anoushka Shankar, Farhan Ahktar, Soulmate and many others) all bringing their own musical styles, as well as contemporary and classical Indian influences and techniques to the record.

The album features Beatles' songs written during their stay in Rishikesh, India including "Mother Nature's Son," "Revolution," "Sexy Sadie," "Dear Prudence," "Child of Nature" among others. It also includes songs from their incredible catalogue which were colored by their earlier leanings to the magical sounds of India.

The hypnotic, lyrical soundtrack for "The Beatles and India" was written by award-winning composer Benji Merrison and recorded at Abbey Road Studio 2, the legendary home of The Beatles recording sessions, Budapest, Hungary and Pune, India. Both a classically trained composer and a skilled music producer and engineer, Benji has scored music for projects across film, television, installations and events. His distinctive musical voice is in high demand and he is known for SAS: Red Notice, Forces of Nature with Brian Cox, Dynasties, General Magic.

The award-winning film, "The Beatles And India," is a unique historical chronicle of the enduring love affair between The Beatles and India that started more than half a century ago. Rare archival footage, recordings and photographs, eye-witness accounts and expert comments along with location shoots across India bring alive the fascinating journey of George, John, Paul and Ringo from their high octane celebrity lives in the West to a remote Himalayan ashram in search of spiritual bliss that inspires an unprecedented burst of creative songwriting. It is the first serious exploration of how India shaped the development of the greatest ever rock band and their own pioneering role bridging two vastly different cultures. "The Beatles And India" was directed by Ajoy Bose and co-directed by Peter Compton. The film was produced by Reynold D'Silva (Renoir Pictures / Silva Screen Productions) with executive producers Adam Greenup and Keith Ferreira. The documentary won Best Film Audience Choice and Best Music at the 2021 UK Asian Film Festival.

Preorder it here (paid link) and see the tracklisting below:

CD 1: Songs Inspired By The Film