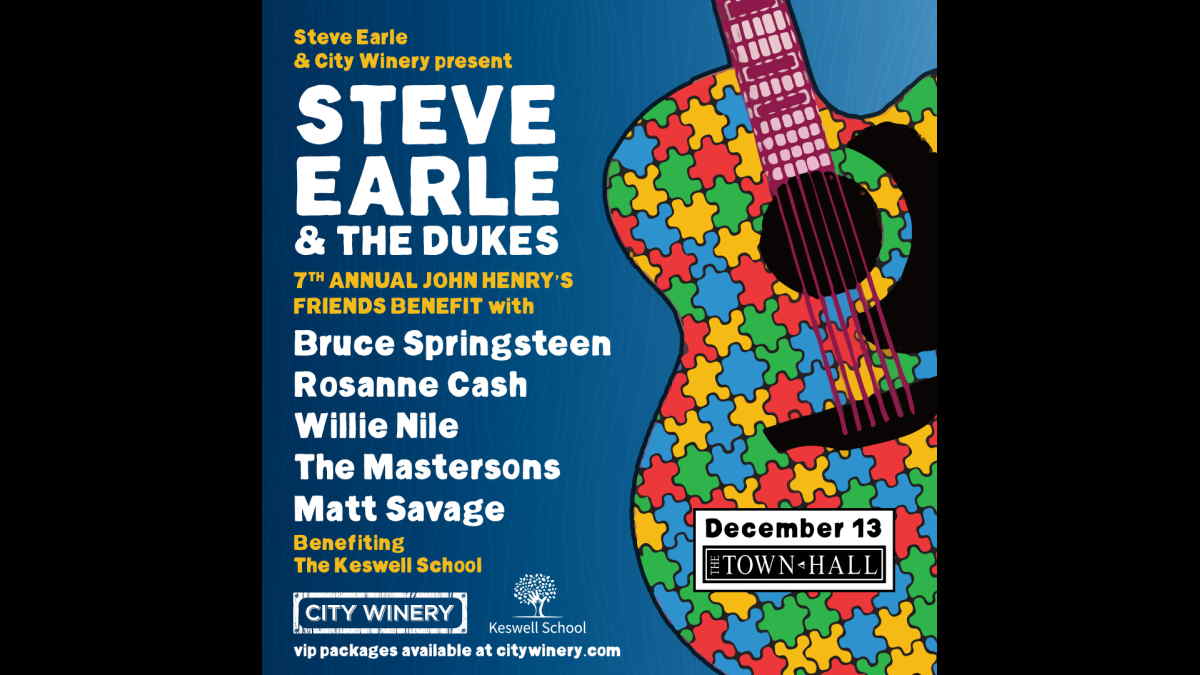 VIP packages will be available at citywinery.com ($300-$8,500) and will include Town Hall's orchestra seating, as well as admission to the After Party at The Loft immediately following the show and various experiences with Steve. There is a limited number of these packages being sold.

"The John Henry's Friends concerts are obviously a labor of love for myself as well as an expression of the generosity of all the performers who have suited up and showed up over the years," said Steve Earle. "I'm especially grateful for this year's new friends, my neighbor Willie Nile, my old friend Rosanne Cash and my hero Bruce Springsteen."

All proceeds from this event, as has been the case with each of the previous John Henry's Friends Benefit concerts, will be donated to The Keswell School, an educational program for children and young adults with Autism Spectrum Disorder (ASD). Founded on the belief that children diagnosed with ASD can live full and productive lives as integrated members of their communities, The Keswell School provides educational, therapeutic, and supportive services for children diagnosed with ASD and their families. Steve's son, John Henry, is a student of the school. Find ticket details here.