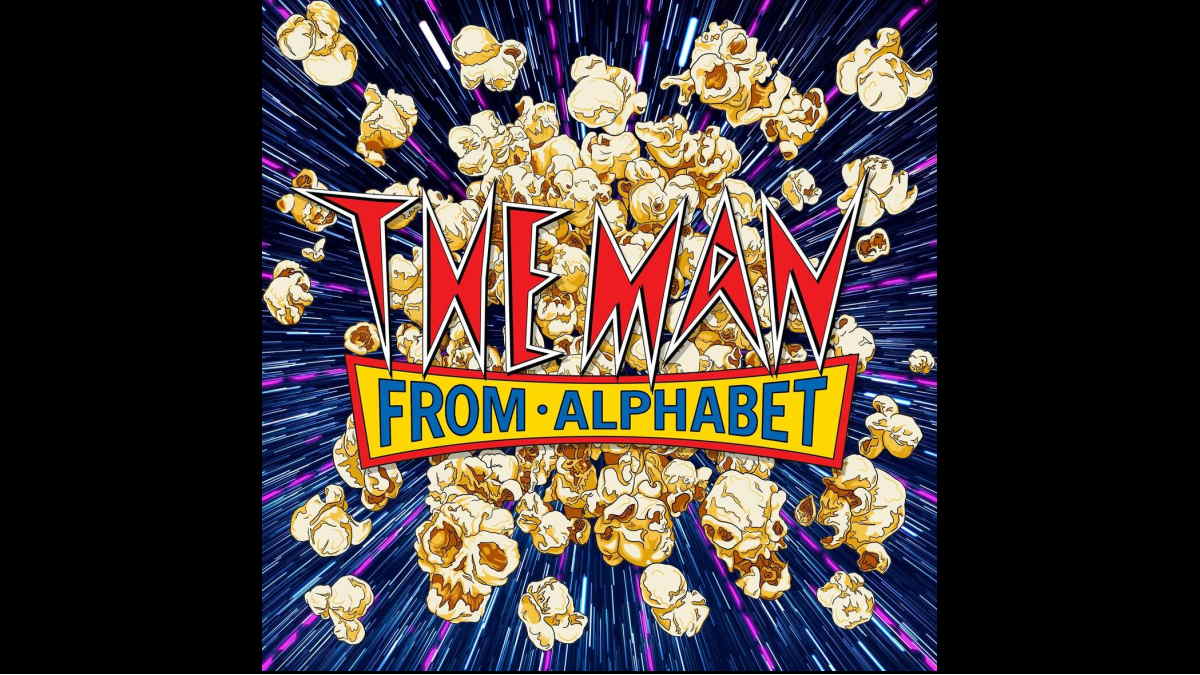 Just in time for Halloween, The Man From Alphabet recently released their cover of The Dickies' classic "Killer Klowns From Outer Space" and to celebrate we asked Dustin Treinen to tell us about it. Here is the story:

While channel surfing as a kid in the late 80's I stumbled upon a movie where a demented-looking clown made a shadow puppet that ate a large group of people! It was terrifying! For years and years I had no idea what I had seen and no one knew what I was talking about when I described it. Several years later while working at Hollywood Video while I was in high school, I described the scene to a co-worker and he knew exactly what movie I was talking about. No place in town carried Killer Klowns from Outer Space so I special ordered it on VHS.

I loved the combination of looney tunes-style gags crossing over with something that was genuinely kind of creepy and scary. I had an immediate and unexplainable fascination for the movie and really loved the theme song done by The Dickies so I special ordered their CD.

I've been playing in bands for over 20 years and covering the theme song by The Dickies has been on my bucket list ever since I heard it.

Halloween is my favorite holiday and last year I dove in deep into Halloween playlists and realized the cover of Killer Klowns From Outer Space that I've always wanted to do, would be a perfect fit. This gave me the last little push I needed. The pie in the sky goal is for this song to become a Halloween staple like The Monster Mash and Ghostbusters.

So I made it my goal to release the song on October 1st to kick off Halloween month and also celebrate my birthday!

I thought about which of my musician friends would be the best fit for this particular song. I wanted a hard hitting, big sounding rock version, but wanted to keep the vocals clean and close to the original. Kyle (drums) and I have been playing music together for about a year now and we just clicked right off the bat. He's got all the chops and precision of a prog drummer, but instinctually is a hard hitting rock drummer. He's very tasteful with his choices so he's the best of both worlds. It's perfect. John (guitar) and I have played in a progressive thrashy metalcore band since 2001 called Paria. Also, a dude with some serious chops. I knew he'd bring a heavy guitar tone and aggressive interpretation of the riffs. He's heavily influenced by guitar gods like EVH, Randy Rhodes, and Dimebag so I knew John wasn't just going to learn the riffs and play with a different tone and in a different key, he'd bring the personality of the guitar gods to his interpretation as well as the whammy bar (and whammy pedal) madness that I wanted to hear. Patrick (vocals) was an easy choice. I met him nearly ten years ago and after hearing his singing voice, I've told him too many times that if I ever do this cover song, he's singing on it.

Kyle and I play in an industrial band together called Model M and have shot two music videos with our singer's wife, Nina, who wears multiple hats like directing, filming, and editing. After working with her, I realized that not only do I have pro level friends to make the song, I've got a pro level friend who can make a video!

The music video was obviously heavily inspired by the movie, but also, the original music video. In the original music video the klowns have taken over the band's instruments at the start of the third verse and finish up the song that way. I liked that idea and ran with it, and thought what happens between the time the band is playing and the klowns are playing? Why do the klowns take the instruments in the first place? Why do they target this band? Living in this era of live-streaming, I felt it would be relatable for us to shoot a music video that looks like a livestream gone wrong. Essentially, the band is live-streaming, the klowns see it in their ship, it infuriates them, so they kill the band and take over the stream. I knew we could get some great movie reference gags by having each of the band members hunted down individually.

John (guitar) had the idea to wear a Dickies shirt in the video, which I loved. I thought it was a great choice to symbolically tell the band we respect them. That gave me the creative spark to have all of the band member's wardrobe be symbolic. I'm wearing a shirt from a stop-motion scene from UHF, which is one of my favorite movies, and Weird Al is kind of my hero. That scene was animated by the Chiodo Brothers, creators of Killer Klowns from Outer Space. Patrick's (vocals) attire is intended to resemble Officer Mooney, the police chief who is turned into a puppet. The black cowboy hat was intended to by a subtle nod to the top hat Leonard is wearing in the original Dickies video. Kyle is wearing the same shirt as farmer green, the first guy in the movie to be turned into a cotton candy cocoon.

News > The Man From Alphabet