Singled Out: Gleaming Spires' Life Out On A Lawn 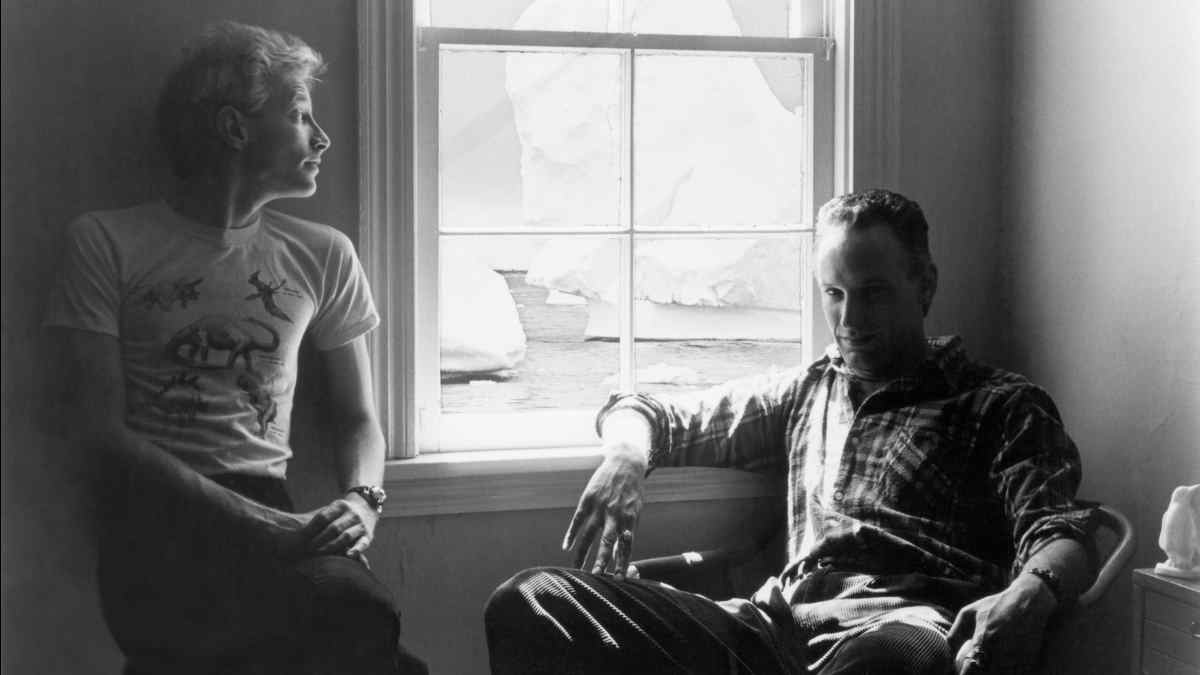 The three albums from New Wave icons Gleaming Spires (Sparks' Leslie Bohem and David Kendrick) have been expanded for reissue by Omnivore Recordings and to celebrate their release this week we asked David and Les to tell us about their classic song "Life Out On The Lawn". Here is the story:

David: It's almost always a good thing - so-called "channel" writing, wherein you sit, move a pen, and the words conduit through you from elsewhere directly onto the page. The sets of statements that make up Life Out on the Lawn came to me that way. At first I thought of it as a poem rather than a song lyric, going so far as to submit it to the New Yorker magazine (rejected!) before wending its way to Les Bohem's house.

Les was my partner in crime in Bates Motel and then Gleaming Spires. We were writing partners and the drums/bass rhythm section for those bands as well as Sparks. We were busy bees. This was 1981.

Life Out on the Lawn was the first full-band track cut by Gleaming Spires. Our first album had already come out, recorded only by Les and myself with producer/musician Steve Hague. We were at Musicland Studios in Munich working on a Sparks record. After hours, in the dead of night (when the Sparks sessions were done), on two-inch tape we recorded bass guitar, my drum kit, sax, a relentless tribal chant, and Les' possessed vocal line - as the song's protagonist sinks into the terrain of a "lawn" that was no longer content to be a lawn. The natural world in revolt. Blade by blade, yard by yard.

I had long been enthralled by the disaster novels of J.G. Ballard, written in the 1960s, where our planet morphs/dies in brutal and wonderful ways - by burning, fearsome winds, crystallization. In my mind, Life Out on the Lawn encapsulated a new kind of disaster, where the world below goes viscous, disrupting concrete and displacing and eating solid rock. As it turns out, this process mirrors a fungal world that is only coming to light today, where mycorrhizal connectivity links all forest plants to one another. Underground via hyphae.

As a band, we loved end-of-the-world scenarios, even naming our third LP "Welcoming a New Ice Age." The cover photo was us supposedly in an underground bunker drinking our way through the end of mankind! But as they say, that's another story...

Les conjured the broken-up and pained vocal cadence. I developed what I consider to be a very unique tom-tom drum pattern. Jim Goodwin skronked sax. And later, back in Los Angeles, Paul Cutler, then of 45 Grave, played some menace guitar. Most folks considered this an impossibly perverse follow-up to our first single "Are you Ready for The Sex Girls?", and they were probably right. But we considered all of our song subjects to be slightly subversive.

It's a hard world out there...

Les Bohem: What scares me about "Life Out on the Lawn" is pretty much everything about "Life out on the Lawn." Setting David's lyrics to music was always a strange task for me, since, when I write on my own, it's kind of a lyric first, then something that resembles music, then the rest of the lyrics. And I tend to write about my own personal apocalypses. With David's incredible words, I would just sort of, well, I don't know, look for things that sung and then... I have no memory of writing the music to "Life Out On the Lawn." I remember where I would sit in the studio in Munich, I have a dim vision of Jim on sax, of David's ungodly beat. Did we come up with the bass and drums together? That bass line is a pretzel. Then there's the sonic as well as lyrical content of the song. It's f***ing terrifying. Those low vocals, with the chopped, Burroughs meets Bowie (yes, we were THAT pretentious) cut-up.

So then, we deicide to subvert all expectations by releasing the song as our follow up to Sex Girls. Then, it's released, mastered at the wrong speed - the original is VSOed DOWN, which one could assume was our protest against the VSOed UP sound of glam, but actually was an unhappy accident.

I remember standing on stage at the Santa Monica Civic, the curtain about to go up for a Sparks show, introduced by KROQ's legendary Jed the Fish, who was a friend of the Spires and had helped to "break" Sex Girls. The last words he said to me before introducing Sparks, "Hey, your new single sucks."

He was wrong, by the way. I think this is one of our best recordings. And thank God the New Yorker had (and still has) such crap taste in poetry.

Hearing is believing. Now that you know the story behind the song, listen and watch for yourself below and learn more about reissues and watch the trailer here

Singled Out: Gleaming Spires' Life Out On A Lawn