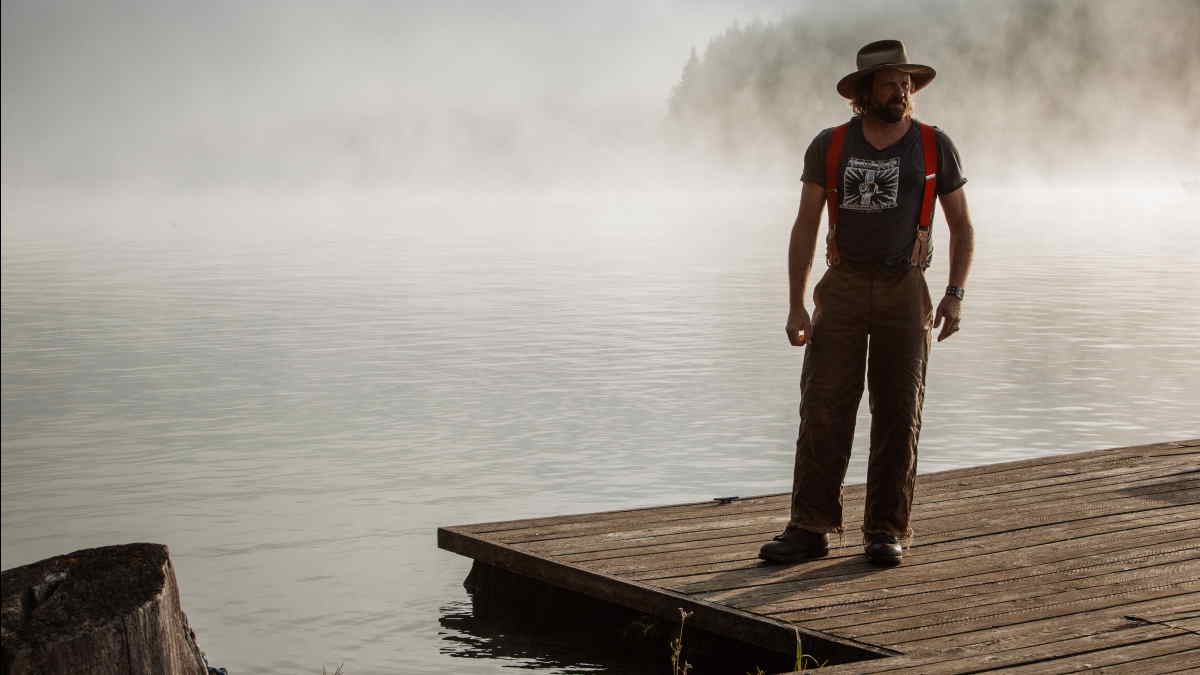 Ian Jones is gearing up to release his new EP "The Evergreens" on October 22nd and to celebrate we have asked him to tell us about the lead single and title track "Evergreens". Here is the story:

I love to fish. You could say, that at times, it borderlined on addiction. In the late 1990's, after an interesting band break up in Seattle, and on the advice of my manager, I made the move down to Southern California (Santa Barbara to be exact. I moved on to L.A. a bit later). Southern California was beautiful and brought new adventures, but as a result of the move, I had left my fishing buddies and addiction behind.

One day I was sitting at a bar watching guys catching 50 lb salmon, one after another, out of some river up in Alaska. That's when my phone rang.

The week leading up to that moment had been peppered with other calls from my best friend and fishing partner, recapping the fish he had been catching. Ranging from 20-30 lbs, the calls had started out with me giving congratulations, but by the end, had become torture. So, I'm sitting at the bar when my phone rings and it's Dave with another 27 pounder. I told him I'd call him right back.

I proceeded to call my boss and told him I was going to need a few days off. Then, a call to the airlines to get a flight booked. Finally, after all the arrangements were made, I told my girlfriend that I was heading home for a few days to take care of some business. When she saw my rod cases, she knew what business that was and acquiesced.

Dave picked me up at the airport and we proceeded directly to the dock where his boat was moored. We fished that night, and basically every waking hour for four days straight. At the end of day four, I hadn't caught a damn thing. On the last morning of the trip, we had been sitting silently in the boat for what seemed like an eternity, when Dave looked up and said, "it's 9:00am." A few minutes later, I said "it sure don't feel like August". After a minute or two, he looked at me and said, "if that ain't the first line of a song, I'll be damned!"

So, I went back home, dejected on the apparent loss of my fishing skills. That's of course what I had chalked my poor performance to. One evening, as I was sitting in my garage studio recapping my trip, it dawned on me that even though I was in paradise, I wasn't truly happy. The more I thought about it, the more I missed my friends and missed the trees and mountains of that place I called home.

At the time, a close friend had been bugging me to try writing in the alternate tuning of D-A-D-G-A-D. So, after messing around one night, I stumbled upon a little riff. After playing it over and over a bunch, I happened to remember what Dave had said and started singing....."It's nine am.......it sure don't feel like August...." After that, the song basically finished itself.