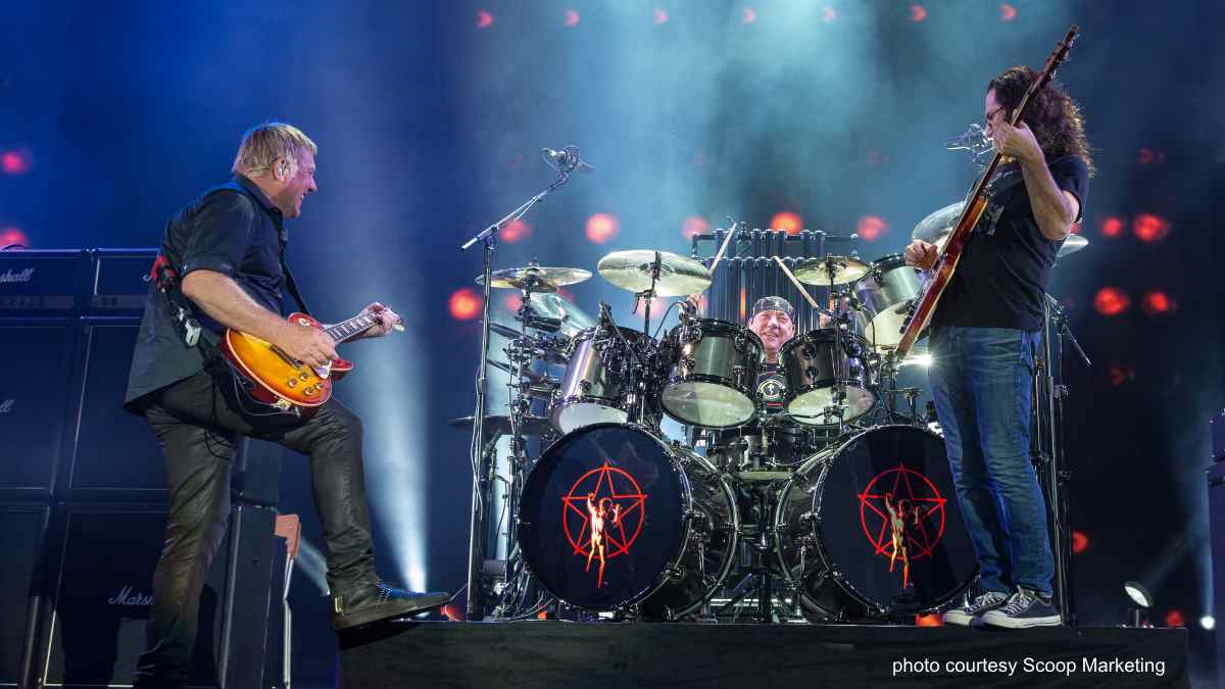 (hennemusic) Rush bassist Geddy Lee has revealed plans to publish his memoir in the fall of 2022. The rocker shared news of the origins of the project on Instagram, writing, "So, how did I kill time during the pandemic? Little did I know that as of March 2020 I'd be locked down for over a year and a half-the longest time I'd spent in Toronto since I was nineteen and hit the Northern Ontario bar circuit with Rush.

"Although Nancy and I had to cancel a bunch of adventures we'd been planning, there were some shiny silver linings to be found at home: teaching my grandson the finer points of baseball and birdwatching, tending to my pups (one of whom was quite ill) and spending the evenings with my lovely better half, glass of Armagnac in hand, as we watched every European mystery show ever produced. Oh, and another thing: I began to write. Words, that is.

"My friend and collaborator on the 'Big Beautiful Book of Bass', Daniel Richler," Lee continued, "saw how I was struggling in the aftermath of (Rush drummer) Neil (Peart)'s passing, "and tried coaxing me out of my blues with some funny tales from his youth, daring me to share my own in return. So I did-reluctantly at first, but then remembering, oh yeah, I like wrestling with words. It's a less physical version of arguing with musical notes, without a Ricky doubleneck breaking my back! And soon my baby-step stories were becoming grownup chapters. Being the nuclear obsessive that I am, I'd write and re-write them, reassessing perspectives in the narrative not just by scouring my memory banks but my diaries and piles of photo albums too. I was piecing together a mystery of a different kind.

"I'd then send these improved and even illustrated stories to Daniel, who'd clean up some of the grammar and remove a lot of the swearing (I love to f**king swear), and presto! In a voice that sounded, well, just like me, a presentable, epic-length account of my life on and off the stage was taking shape: my childhood, my family, the story of my parents' survival, my travels and all sorts of nonsense I've spent too much time obsessing over. And Daniel said, 'I think you're writing a book. An actual memoir, in fact.' To which I replied, 'Hmm... I guess I am.'

"I'm rounding third on this as-of-yet untitled memoir, which will be published by HarperCollins, edited by Noah Eaker, and is scheduled for release in Fall 2022." Read more here.