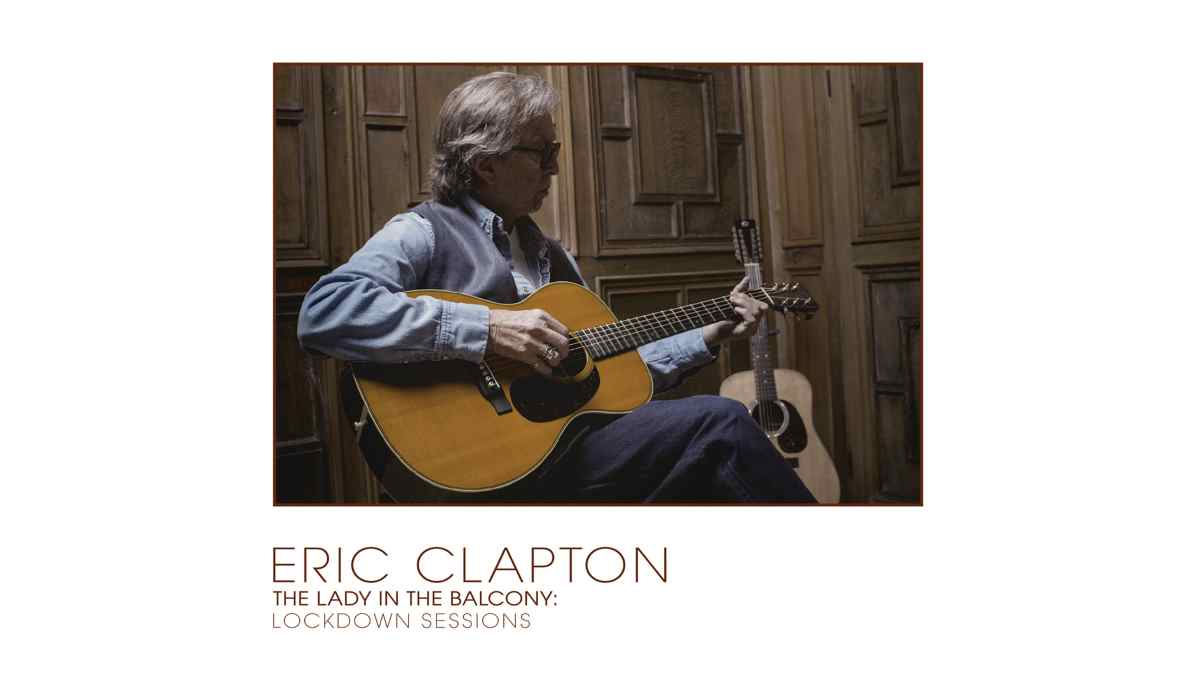 (hennemusic) Eric Clapton is sharing video of a performance of "After Midnight" from his forthcoming live package, "The Lady In The Balcony: Lockdown Sessions."

The guitarist originally covered the 1966 J.J. Cale classic on his self-titled 1970 debut, and it went on to become a regular part of his live sets. Due November 12, the new live project captures Clapton and his band performing acoustic renditions of his classics alongside an assortment of other numbers encompassing blues, country and rarified originals.

Recorded live at Cowdray House in West Sussex, England, the album features new, stripped-down versions Clapton standards like "Layla," "Bell Bottom Blues," "Tears In Heaven," "Nobody Knows You When You're Down And Out" and "Key to the Highway," and their own versions of songs that had a profound effect on his career and those of his contemporaries including the Peter Green-era Fleetwood Mac tracks "Black Magic Woman" and "Man Of The World."

"The Lady in the Balcony: Lockdown Sessions" will be available in the United States on DVD+CD, Blu-ray+CD, 4K UHD+Blu-ray, 2 LPs pressed on yellow vinyl, and a Deluxe Edition containing the DVD, Blu-ray & CD packaged in a 40 page 12" x 12" hardback photo book, digital video & digital audio. In addition, a CD-only version will be available exclusively at Target.

The project will be available in all other global territories on the following formats: DVD, Blu-ray, CD, DVD+CD, Blu-ray+CD, 4K UHD+Blu-ray, 180-gram 2LP, limited edition 2LP pressed on 180-gram yellow vinyl, and a Deluxe Edition containing the DVD, Blu-ray & CD packaged in a 40 page 12" x 12" hardback photo book, digital video & digital audio. Watch the video and the trailer for the project here.