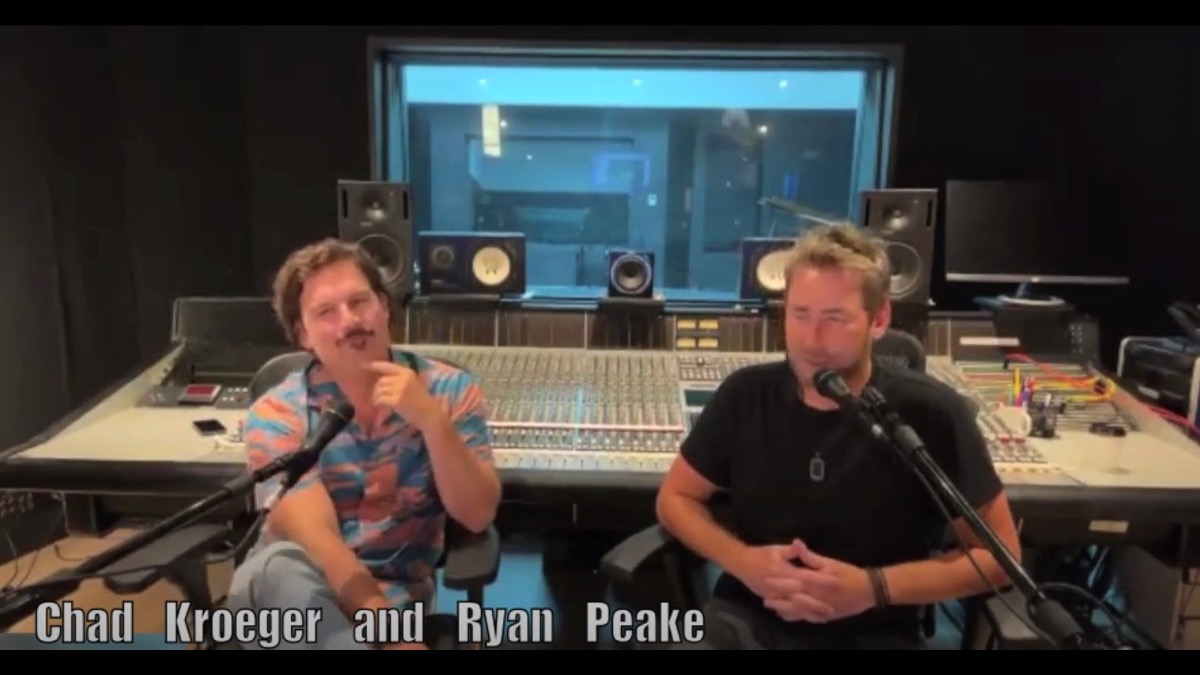 Nickelback will be releasing their new single "San Quentin", on September 7th as the first taste of their forthcoming studio album, which frontman Chad Kroeger says will be all over the map musically and will have different music for "every single mood".

Dyring the chat, which was published online on Tuesday (September 6th), the band was asked if the heaviness of "San Quentin" was by design and signals the band going in a heavier direction.

Chad responded, "I definitely think with the previous record, 'Feed The Machine', let's make a solid rock record. This one... we didn't have an agenda so much with this one... it's always fun to lead it off with a rocker like this.

Later in the interview, Chad shared, "The record is done. The record's all over the map, just like all of our records are, they're all over the map. We're just starting off with a big, kick-the-door-down rocker, and there's other heavy material on there, but, just like I said, like every other Nickelback record, it ebbs and flows and there's something there for every single mood." Watch the full interview below: