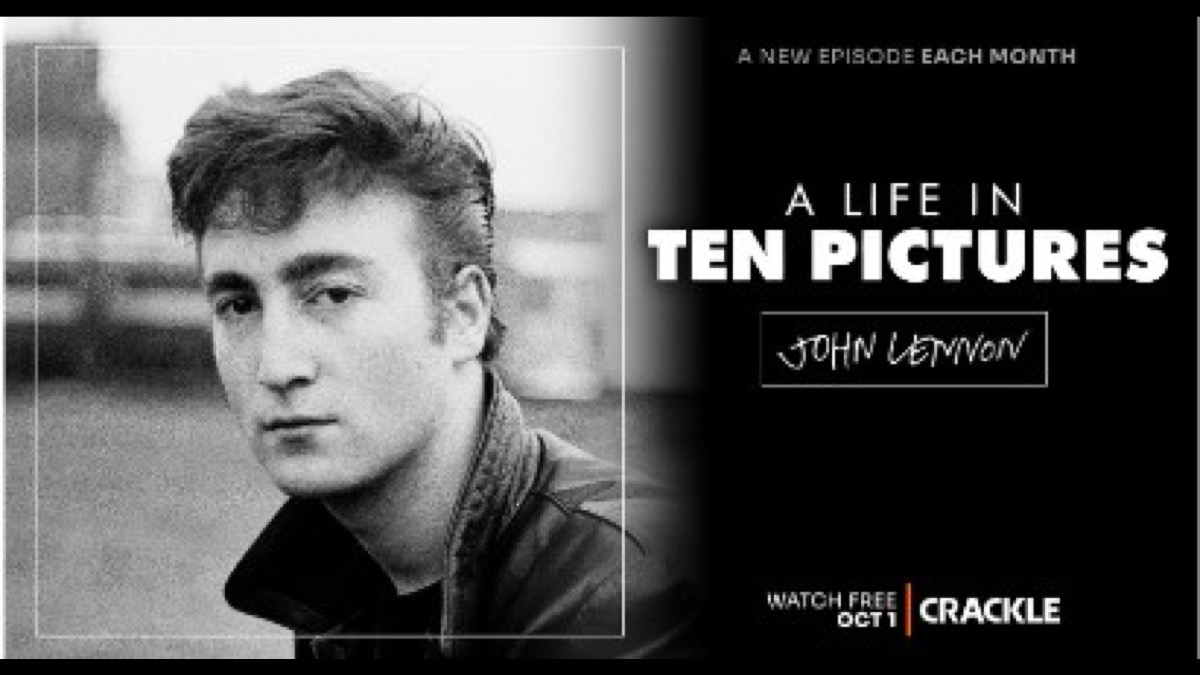 (MPRM) A new John Lennon episode of "A Life in Ten Pictures" has premiered on Crackle, following the release of episodes about Queen's Freddie Mercury, Tupac, Elizabeth Taylor, and Muhammad Ali.

Episode Synopsis: John Lennon was a once-in-a-lifetime talent who was taken from the world all too soon. To this day his songs, lyrics, and words of love and acceptance continue to connect with new generations. But could just a handful of photos uncover new truths about someone we think we already know? This episode throws a unique lens onto an extraordinary life, focusing on ten defining pictures, from iconic images to private snapshots. Their secrets are revealed by those who were there and those who knew John Lennon best.

Series Synopsis: A Life in 10 Pictures is a six-part series that unlocks the stories of extraordinary lives whose faces are known around the world, with just ten pictures -- from iconic shots to private snaps. Episodes on Freddie Mercury, Elizabeth Taylor, and Muhammad Ali are currently streaming on Crackle. In the coming months, the series will close with an episode diving into the life and uncovering secrets of singer/songwriter Amy Winehouse through a unique lens from those who know her stories best.

Check out the trailer below and watch this and past episodes via Crackle Apps on all key streaming platforms and connected TVs and at www.crackle.com.