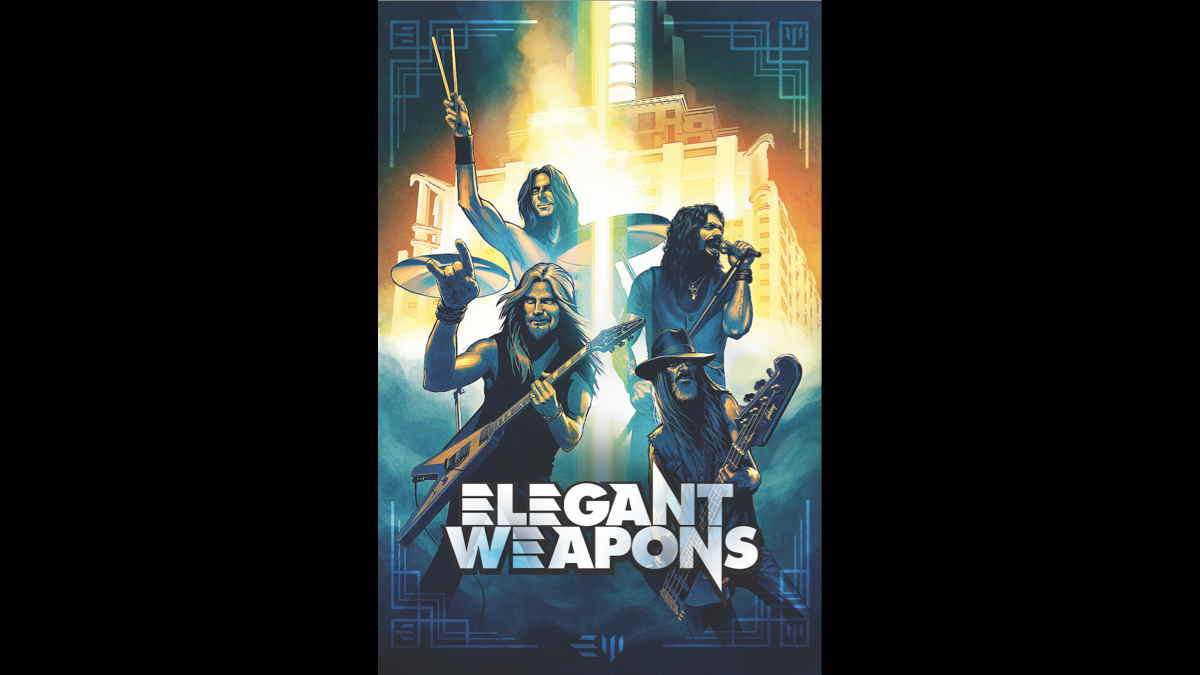 (Chipster) Pantera, Judas Priest, and Rainbow stars have teamed up for a new supergroup called Elegant Weapons and they have announced their debut album, "Horns For A Halo", will arrive next spring.

"It's exciting to be part of a label like Nuclear Blast that has such a rich history and level of respect among fans and the music industry," says Faulkner. "Monte Conner [Nuclear Blast VP A&R] knows Andy Sneap well, and Andy has always held Monte and label in very high regard. Monte has loved the record from the very early demo stages. It's very valuable and important to me that the label I sign with understand and connect with the music. This record represents for me more of my DNA as a guitar player and a songwriter. Heavy, but moving slightly outside the realms of 'heavy metal.' Those roots are obvious, but I wanted to reach in a bit and see what else came out that wasn't necessarily 'expected'."

Says Monte Conner, "I am such a huge fan of all the players involved, especially Richie. As a diehard Priest fan, I have enjoyed watching help breathe new life into the band and add to their incredible story and legacy. What an amazing player he is. People always focus on leads, and of course Richie is a master in that department, but I can listen to him play rhythm guitar all day long! His rhythm playing is just so tasteful and magical. I can't wait for fans to hear this album and discover how multi-faceted he is."

And according to the guitarist, Elegant Weapons features his "dream line-up." "I've always wanted to make a record with Scott outside of Priest. Add to that Rex Brown's unmistakable tone and attitude is something special. Having those guys as the rhythm section is a guitar players dream. The icing on the cake was Ronnie Romero. One of the new breed of instantly classic vocalists, Ronnie brought a character and a swagger to the songs that is instantly iconic, making these songs his own.

As for the music, Richie describes it as "a mix of Jimi Hendrix, Priest, Sabbath, solo Ozzy and Black Label Society - heavy, catchy, and with melody. Sort of old school and modern at once if that makes any sense, and actually down-tuned a whole step. The Marshall Plexi basically does one thing, but you've got to crank it to 11 for it to have that distorted sound. It hasn't got a lot of bells and whistles on it or different channels and effects. It basically does one thing and does it very well. But again down-tuning creates more of a modern sound, and by using the classic sound of the Marshall Plexi, you get that juxtaposition, that contrast. All told, there are a lot of guitar solos and the songs are on the heavier side. And even though there's a lot of melody, it's still going to shake your bones."

Specific to the songs, Richie explains that "Me and acoustic don't really get along, so there's only one mellow song on it, a sort of smoky, haunted, New Orleans kind of tune called 'Ghost of You,' with de-tuned 1920s piano on it. That one is about a memory, or ghost of a lost love. But that's about as acoustic as it gets. I'm not really attracted to acoustic guitar in general. It's mainly kind of heavy and full-on, really. There's a song called 'White Horse,' plus 'Horns for a Halo', which is like Tony Iommi crossed with Alice in Chains. That's about the way we justify the bad things we do. When we turn up on Judgement Day, will the angels kind of confuse our horns for halos, if you know what I mean."

But really, the over-arching mandate with Elegant Weapons is to perpetuate the rich legacy of the traditional proto-power metal invented by the heavy metal titans of the '70s and '80s, most pertinently Richie's own band, Judas Priest. And in 2023, fans will finally get to hear what this promising new band sounds like - with the arrival of 'Horns for a Halo.'