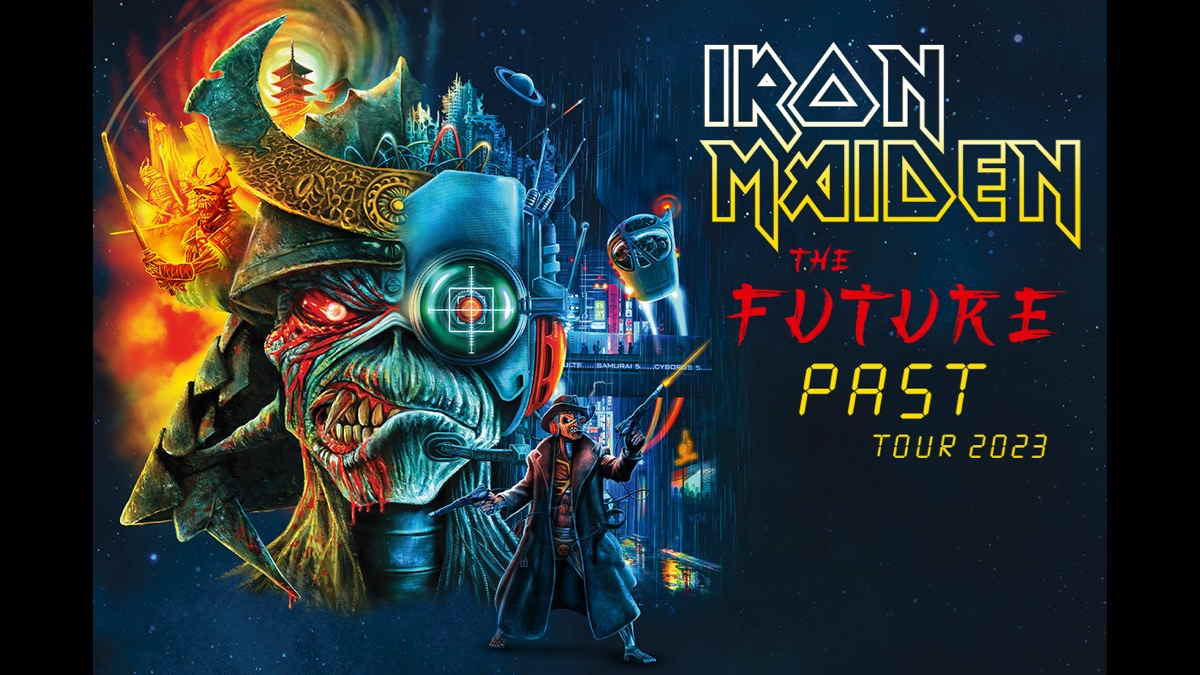 Iron Maiden's manager Rod Smallwood says the band plans to extend their recently announced The Future Past Tour into 2024, as the band wrapped up their latest North American tour.

The metal legends wrapped up the Legacy Of The Beast Tour on Thursday (October 27th), and Smallwood shared a thank you to fans to supporting the trek, and also revealed their plans to extend their next tour into 2024.

He wrote, "On behalf of the band, myself and all at Phantom, we'd like to say a huge thank you to everyone who made this 'Legacy' tour such a special and memorable experience. First and most importantly you, the fans, especially those affected by problems caused by the global pandemic which led to the 2020 European stadium shows having to be rescheduled not just once but twice! Your patience and good-will in holding on to your tickets and waiting until we could finally bring the 'Legacy' show to you was very much appreciated. You truly are the best and playing to over 3 million of you over the extended tour was a hell of an achievement so thanks to each and every one of you for making this both possible and also making it incredible fun for the band who enjoyed pretty much every minute on stage.

"We'd also like to thank our brilliant touring Killer Krew - both the longstanding and newer members to the Maiden family, who never cease to rise to any challenges thrown their way - and there were a few - no mean feat considering this tour covered 33 countries and 139 shows played since we started in Tallinn way back on May 26 2018.

"Thanks also to all our Special Guests and support acts who played on the tour since 2018: Airbourne, Avatar, Fozzy, Gojira, Killswitch Engage, Lord Of The Lost, Mastodon, Powerwolf, Rage In My Eyes, Rhapsody Of Fire, Sabaton, Serpentor, Shinedown, Tempt, The Hellacopters, The Raven Age, Tremonti, Trivium and Within Temptation. Thanks also to our suppliers, our agents, promoters, merchandisers and everyone else involved in bringing this show to you night after night, city after city.

"And finally, both personally and, I am sure, on behalf of all of you - massive thanks to Bruce, Steve, Dave, Adrian, Janick and Nicko who never let up, played, and sang! magnificently and matched every crowd for passion and enthusiasm every single night, wherever they were. Guys - I don't know how you do it but we are all bloody glad you do!!

"We are all now going to take a well-earned break and we'll be back again next year with a great new show, 'The Future Past Tour' playing just Europe this time as the 2022 'Legacy' tour was such a long run to enable us to see as many of you fans as possible post-pandemic. However, 'The Future Past Tour' will continue into 2024 and who knows where it will go... ..so stay tuned!!"

The Future Past Tour will feature songs from the band's latest album, "Senjutsu", and will also focus of the group's classic 1986 album, "Somewhere In Time".

The first leg of the tour is currently set to kick off on June 3rd, 2023 in Tampere, Findland.