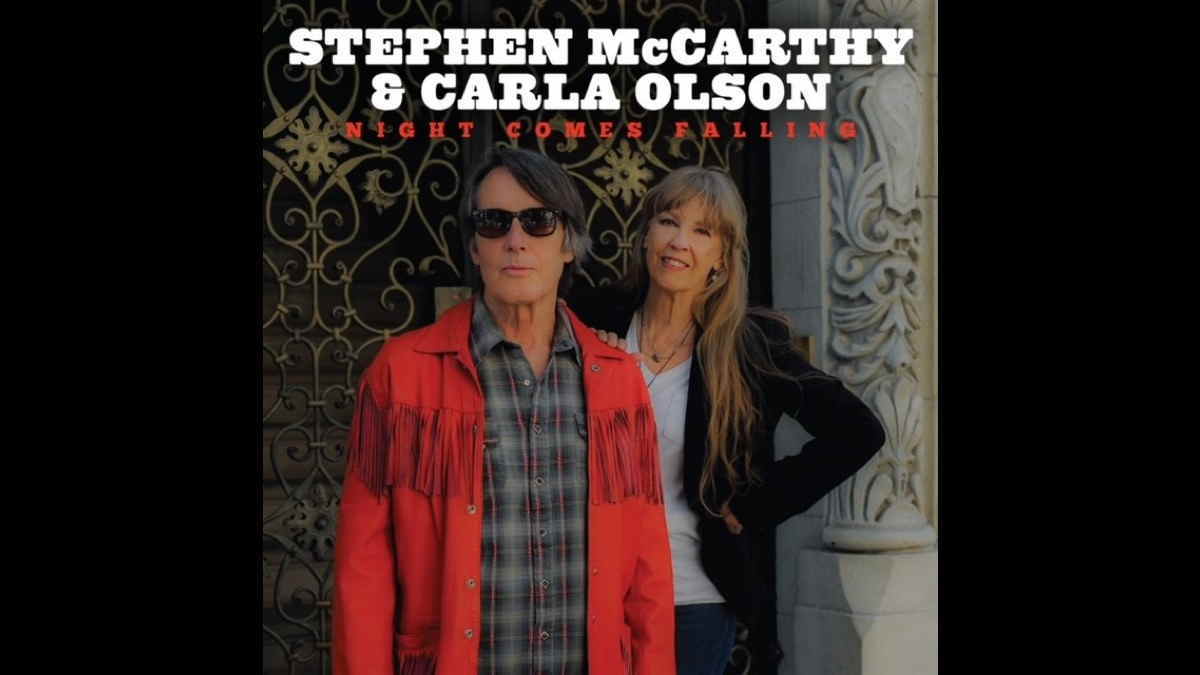 The song comes from their very first duet album, "Night Comes Falling", which will be hitting stores this Friday, November 11th. The video was directed by Tim Roth, who, explained Carla, "utilized his magical green screen technique to put Stephen and I in the same space at the same time."

McCarthy had this to say, "I had an idea about a ne'er-do-well swindler whose luck was running out. A confidence man on the run with his gal who was trying to set him straight. She was in too deep to make a clean break. The story is a conversation between the two co-conspirators.

"The song was definitely written as a duet. A couple trying to make sense of their downfall. I think it works well with the melodic dialogue riffing over a driving beat and distorted B3 organ.

"I remember showing it to Carla and suggesting that she sing it in a way that showed she had some disgust with my character.

"Carla and I were touching on many different genres with this album. Mostly finding the intersection where rock 'n' roll and country collide. We had a talented group of musicians that were able to help get these songs off of the page with passion and a great groove.

"Writing and recording was very challenging during Covid. We were sending ideas back-and-forth long distance and then refining them the few times we were able to get together before cutting the album.

"For the video, we both shot scenes remotely and they were edited by a great director named Tim Roth. He added all of the extra scenes which visually illustrate the story of this wayward couple."

Carla shared, "Stephen was in Los Angeles for the McCabe's record release gig for my Have Harmony Will Travel 2 duets album in February 2020. We were performed several songs at the show.

"When we got together to work on our songs for the gig, he showed me this idea for 'We Gotta Split This Town' (the working title was 'Not Tough Enough').

"We were alternating singing to each other and thought it had a pretty cool attitude, so Stephen turned into the story about the couple on the run.

"I'm always impressed by the talented director Tim Roth who created the video for the song (he also made the clip for 'Night Comes Falling'). He utilized his magical green screen technique to put Stephen and I in the same space at the same time. Not sure how he does it." Watch the video below: